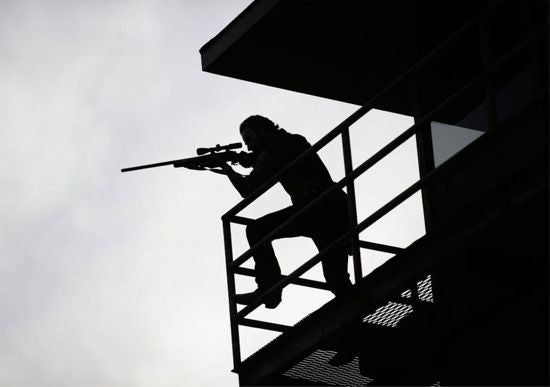 The wait is finally over. After a weekend long marathon of episodes of The Walking Dead from previous seasons, The Walking Dead season 3 premieres at 9 PM ET on Sunday, October 14 on AMC. The Walking Dead season 3 premiere episode is entitled "Seed," which is likely a reference to Lori Grimes' pregnancy. However, there are often twists associated with Walking Dead episode titles, so maybe it isn't the obvious meaning. AMC's description for the episode says, "With the world growing increasingly more dangerous and Lori's pregnancy advancing, Rick discovers a potentially safe haven. But first he must secure the premises, pushing his group to its limit." The Walking Dead "Seed" episode was written by Glen Mazzara and directed by Ernest Dickerson. In this sneak peek of the episode, the survivors try to build a plan as to how to avoid the zombie herds. Rick Grimes tells the others, "We can't keep going house to house. We need to find someplace to hold up for a few weeks."