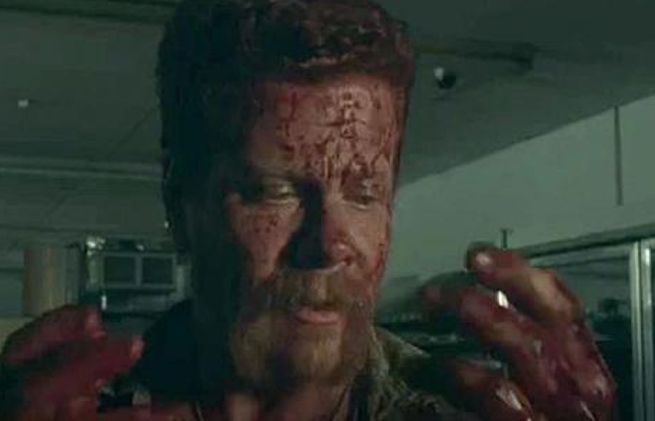 Based on the early previews, The Walking Dead "Self Help" episode heavily features Michael Cudlitz, who plays Abraham. In a sneak peek video shown on the Talking Dead, Abraham is shown viciously beating a man with a can of food.

In anticipation of the episode, Cudlitz has been interacting with fans on Twitter. In one particularly revealing tweet, Cudlitz wrote, "The censors almost pulled tomorrs episode ....Be the first to watch @WalkingDead_AMC #TheWalkingDead #askmike (how's that ?) #imightgetfired."

Given that The Walking Dead has shown Rick Grimes ripping a man's throat out with his teeth, what on earth could give the censors pause about the show? Could it be the aforementioned can beating inflicted by Abraham goes a little bit too far?

Or given that the show seems to have no limits when it comes to violence, were the censors more concerned about bad language or a sex scene on the show? We know from the Season 4 finale that the F-word apparently is not permitted by the censors.

However, given that AMC knows what curse words can and can't be said on TV, it's more likely that a sex scene could be the culprit as what is and isn't allowed is more of a grey area. Tonight's episode focuses around Abraham's group, which does contain some couples that might find themselves in a romantic situation.