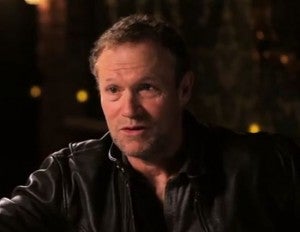 While he didn't expressly deny involvement in Guardians of the Galaxy, Michael Rooker seemed to suggest at Emerald City Comic Con this weekend that it wasn't happening. "Just because you're friends with James Gunn doesn't mean you're gonna be in his movie," Rooker told a fan during A Bad Ass Panel With Michael Rooker, one of three panels that he was a part of this weekend. The actor had earlier said that he'd love to work with Gunn again (he starred in Gunn's Infested) and would be game to play Rocket Raccoon, but soon thereafter hedged his bets somewhat, saying that while he'd love to work with Gunn he hadn't heard anything specific about this particular film. Rooker stars as Merle Dixon on AMC's The Walking Dead, the highest-rated show on television this season.