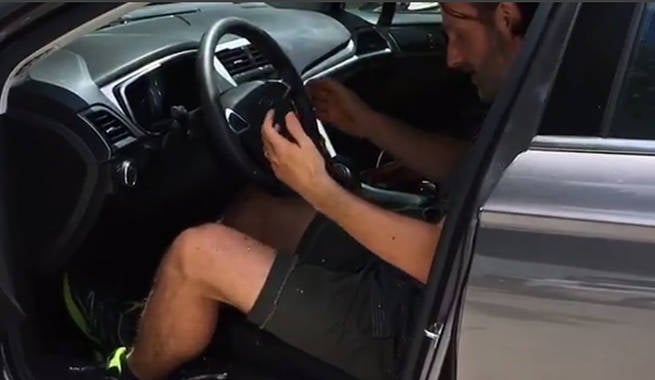 With San Diego Comic Con right around the corner, Norman Reedus and the rest of The Walking Dead cast are still busy but not with what you might expect. They're pranking each other.

Norman Reedus, who is well known for pranking his co-stars on the set of AMC's hit series, may have taken the cake with his prank on the Senoia, Georgia set today. The Daryl Dixon actor filled Rick Grimes actor Andrew Lincoln's car's air conditioner with glitter. When Lincoln turned the car on to get out of the heat, he was covered with sparkly and colorful bits of paper and plastic.

Reedus recorded the whole thing and posted it on Instagram. Fair warning, it does have a bit of NSFW language.

It looks like The Walking Dead cast are still having a good time even with the unrelenting threat of Negan never being far off in the upcoming seventh season. For now, though, someone has to clean out that Ford.

As the cast prepares to head to San Diego to unveil their trailer and other surprises on Friday, we at ComicBook.com are, as well. For the quickest updates from The Walking Dead's SDCC panel and press rooms, follow me on Twitter @BrandonDavisBD and check out The Walking Dead on ComicBook.com's Facebook page for complete detailed coverage!