On HBO's Emmy-winning Game of Thrones, life is hard, and the good and bad folk of Westeros are always prepared, if not dressed, for battle.

That's why it's always a kick to see the stars of GoT away from the set and on the red carpet. It's at these times that Kit Harington, Peter Dinklage, Nikolaj Coster-Waldau, Lena Headey, Emilia Clarke, John Bradley and the rest let their hair, necklines and defenses down.

Now that the series has reached its end after its eighth season, it's a great time to look at the HBO stars working their magic on the red carpet over the years. 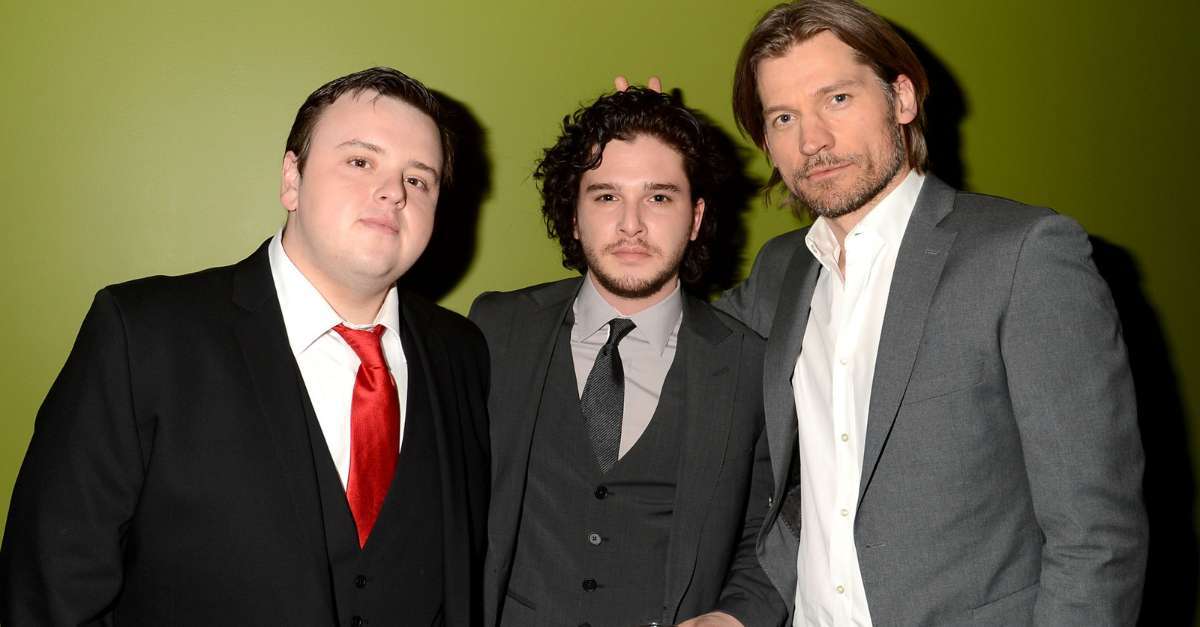 Here's a look at how some of our absolute favorite GoT stars clean up for nights out on the town -- and high-profile Hollywood events.

Van Houten's priestess, known as the Red Woman, revealed herself to be an old woman in Season 6.

He's the king you loved to hate. For very, very good reason.

These days, the 27-year-old actor performs with his Dublin-based theater company Collapsing Horse.

This last-standing member of House Tyrell dies in Season 7 when she is made to drink poison by Jaime Lannister.

This photo of Rigg was taken at the 72nd Annual Tony Awards at Radio City Music Hall in New York.

Christie's Lady Brienne dons as much armor as any knight.

At the Hollywood premiere of Welcome to Marwen in 2018, Christie favors a bejeweled look.

When Hill's playing Game of Thrones' resident eunuch, he lacks ... hair, of course.

On the blue carpet for GoT's Season 7 premiere, Hill shows that he's still got it -- hair, that is.

Though he dies early in the series, the Dothraki warlord is one of the most memorable characters of Season 1.

Since appearing on Game of Thrones, the Hawaii-born actor starred in Aquaman and Justice League. His next picture, Dune, is due in 2020.

The wildling leader survives the final battle with the Night King and ultimately returns to his people north of the wall.

The Norwegian actor, seen here with wife Gry, also plays the role of Connor Rhodes in 2017's The Fate of the Furious.

This leader of the Unsullied, who spends most of the series serving Daenerys, survived the end of the series.

Anderson, seen here at a Game of Thrones Season Finale Premiere event in Belfast, is also a talented singer-songwriter and record producer.

Coster-Waldau's anti-hero lost his hand in the Season 3 episode, "Walk of Punishment."

Coster-Waldau shows off his perfectly fine, perfectly attached right hand as he departs for a red-carpet event at the 2018 Cannes Film Festival in France.

At the 2019 NYC premiere of Game of Thrones, Allen stands out on the red carpet.

As Ned Stark's daughter, Williams' character is willing to get down and dirty.

Williams shows off her perfectly purple 'do at the 2019 Game of Thrones premiere at Radio City Music Hall in New York City.

In the face of mistreatment, Dinklage's lord is smart, witty -- and really stylish.

If Tyrion lived and dressed in the 21st century, he couldn't rock the cool anymore than Dinklage does at the 2017 U.K. premiere of Three Billboards Outside Ebbing, Missouri.

Cunningham's Onion Knight is a buttoned-down, neck-armor kind of guy.

At the International Rotterdam Film Festival in 2016, Cunningham is an unbuttoned-collar kind of guy.

Headey's sinister royal accessorizes with armor and a crown.

At the 2014 Hollywood premiere of 300: Rise of an Empire, Headey needs neither armor nor a crown to create a buzz.

Harington's heroic outsider is weighted down with family baggage -- and winter wear.

Harington is a vision in summer white at Italy's Giffoni Film Festival in 2017.

When he plays Jon Snow's trusty mate, Bradley wears a worried expression -- and a lot of layers.

Bradley is open-necked on the red carpet for a movie premiere in London in 2016.

On Game of Thrones, Glen plays a knight in exile -- and in the cold.

Glen enjoys warmer climes and times at a film premiere in London in 2017.

Turner's Stark is a fair lady who's seen grim stuff -- and, from the looks of it, grooms herself accordingly.

At the 2019 New York City premiere of Game of Thrones, Turner looks to have left the weight of the Stark world behind.

In GoT, Wright plays a typical young man who, you know, has visions and dresses like the Fifth Beatle of Westeros.

Wright makes the scene at the 2016 U.K. premiere of The Revenant as an atypically stylish and scholarly looking teen.

These 'Game of Thrones' Stars Look a Lot Different on the Red Carpet (Well, Most of the Time)

Avatar: The Last Airbender Gets Impressive Musical Makeover from One Talented Fan

Agents of SHIELD: New Photos From “The Totally Excellent Adventures of Mack and the D” Feature New SHIELD Members