My Hero Academia season 3 is one of the most highly-anticipated anime series of 2018 - and with good reason! Season 2 of MHA set the stage for an exciting season 3 to follow, with Izuku and the rest of the Class 1-A students completing their first semester at U.A., while Shigaraki and the League of Villains prepare for their biggest strike against All Might, the pro heroes, and likely Izuku himself.

With the game board set, and all the necessary chess pieces in place, season 3 of My Hero Academia is poised to bring about some drastic developments and changes - and one of the biggest questions fans have is: How will Bakugo figure into all of this? U.A.'s top student has shown a personality that's as explosive as his Quirk, and his allegiance to the side of good has seemed tenuous, at best. So will Bakugo become a villain in season 3? Let's break it down.

The biggest reason that fans for suspecting that Bakugo Katsuki could evolve into a villain is his close connection and rivalry with Izuku Midoriya, which is known in the superhero genre as 'the Magneto path' to villainy.

The reference is of course to the X-Men franchise, which was built on the friendship-turned-rivalry of Professor X and Magneto. Many superhero stories have a similar arc, in which the hero and their closest friend and/or rival become nemesis, and we could be watching such a tale unfold before our eyes in My Hero Academy. 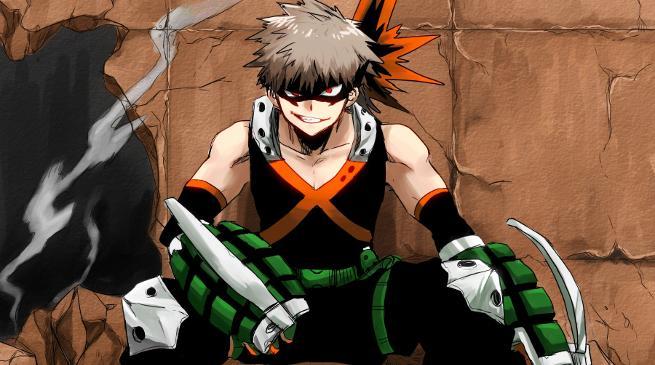 This 'Magneto Factor' is especially attractive because it wouldn't turn Bakugo into a thin archvillain stereotype; Magneto is such an enduring villain / anti-hero because his beliefs aren't inherently evil, they're just a harder and more militant vision of Charles Xavier's noble dream. Similarly, Bakugo's red-hot ambition to be the most powerful hero of his generation, and his proven disdain for his fellow students, or strict claim on what makes one a "hero" could steer him down a darker path.

My Hero Academia has already foreshadowed such a downward spiral with the sub-plot about Hero Killer Stain, who is really an anti-hero more so than a villain, seeking to punish those he deems as "unworthy" or "inauthentic" examples of heroism. There's already such a thin line between Stain's beliefs and Bakugo's when it comes to viewing other heroes, that Bakugo could conceivably end up being the Hero Killer's successor.

Without SPOILERS, the My Hero Academia manga has already laid potential groundwork for this betrayal in its current arc.The key factor in this will no doubt be the secret of Midoriya's "One-For-All" power; the groundwork is already laid, as Midoriya revealed the secret to inheriting "One-For-All" to Bakugo early on. Even thought Bakugo didn't believe him at the time, when it finally does click that "Deku" found an artificial way to become a more powerful hero than him, it could make Bakugo snap, and break away from the teachings and standards of U.A. for good.

Of course, Bakugo's bad attitude and stern views on heroism may be red herrings, meant to distract from where his character arc is truly headed.

Flashbacks to "Deku" and "Kacchan's" shared childhood has revealed that Bakugo was as happy and enthusiastic about hero life as Izuku was. While that could be a lofty height of idealism for Bakugo to tumble down into villainy, it could also be the destination where he's true heroic nature is found.

No doubt Izuku will still be the key factor in all this. Seeing how young Midoriya develops into an all-powerful hero will either inspire Bakugo to emulate his former friend's idealism, or cause him to feel outmatched and embarrassed by it.

Do you think Bakugo will become one of My Hero Academia's biggest antagonists? Or will end up being one of Midoriya's greatest heroic allies?

My Hero Academia returns in April, on a date TBA.

'My Hero Academia' Season 3: Will Bakugo Become a Villain?

One Piece Kicks Off the Samurai's Mission at Last