Coming off the existential mindf--k that was Dark Horse Comics's Fight Club 2 from writer Chuck Palahniuk, artist Cameron Stewart, and colorist Dave Stewart, a third installment to the franchise seemed somewhat inevitable -- even if the particulars of such a venture felt a little difficult to imagine.

The inevitability will become reality on January 30, and fans can expect the Fight Club 3 ride to be just as wild as the Fight Club 2 story was. The two are very much interconnected -- so much so that Palahniuk started breaking story on the threequel before Fight Club 2 was even completed.

"Hell, I wasn't done tinkering with Fight Club 2 before I was roughing out the story for Fight Club 3," Palahniuk told ComicBook.com. "The comics creative process was so on-going and collaborative compared to creating a novel or short story, so I wanted to maintain a working relationship with Lou and Duncan and Joelle, not to mention Scott Allie. That's why I proposed the two coloring books, Bait and Legacy. They allowed me more breathing room to focus on Fight Club 3 and expanding the story into weirder territory."

Fight Club 3 marks the third installment of Tyler Durden's story and the second to be told in comic book form. The first installment is the 1996 novel Fight Club which was adapted into a movie in 1999 by director David Fincher. That film starred Brad Pitt and Edward Norton and has become a cult favorite. Fight Club 2, published in 2015, picks up the story a decade later. This time around, the time jump is not nearly so severe. 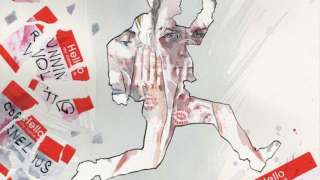 That "weirder territory" that Palahniuk talks about is a bit of a tall order. By the end of Fight Club 2, it appeared as though Tyler Durden was an ancient evil that had kind of lurked throughout history in one form or another. And just when the story got incredibly heightened, dangerous, and bizarre, Durden found and killed "God" -- in the form fo Palahniuk himself.

"You know that old trope, the belief that a writer must 'kill his darlings?' Well, I wanted my darlings (Tyler Durden) to kill me," Palahniuk said. "To me, any meta element adds realism to the fictional parts. Putting myself and my friends into Fight Club 2 trivialized us, but it gave more gravity to the regular characters. Likewise, the 'real' objects that occur on the pages -- pills, rose petals, houseflies -- block out bits of dialog or facial expressions undercutting those story moments but also making them seem more important because the reader is unable to completely understand the obscured bit."

This time around, it seems as though Tyler Durden will find himself teamed with the narrator -- this time called Balthazar -- to combat a common foe. Who can present a threat to an ancient and intangible force like Tyler? Well, Palahniuk is not saying just yet, but he will drop a hint:

"The new villain is someone from Fight Club 2 you thought was resolved but survived to become even more obnoxious," he said. "And, no, it's not the Penguin. And it's not Hitler."

Of course, just because someone survives in some capacity does not mean they did not die at the end of Fight Club 2. Whoever it is could very well turn out to be a casualty. Hell, Robert Paulsen returned from his Fight Club death to play a not-insignificant role in Fight Club 2 despite quite a bit of skull and brain missing.

Asked about that idea, Palahniuk only ruled out one candidate.

"I promise, I'm the only dead character who's not coming back," Palahniuk said. "Well, and none of the college students with marginal grade point averages are coming back, either, just as a lesson to students everywhere."

Fight Club 3 #1 will be available in stores and digitally on January 30.

GTA 5 May Be Banned If New Bill Passes

Why Did Big Show Leave WWE for AEW?