Few things about San Diego Comic-Con remain the same year after year, with the show ever changing and almost always expanding.

One thing that has been remarkably consistent? Warner Bros. Television partnering with TV Guide to present a special Comic-Con edition of the magazine with variant covers celebrating WBTV series.

This year, Black Lightning joins the heroes of the Arrowverse in a DC Entertainment cover, while others include Supernatural, Riverdale, and the recently-relaunched MAD magazine. 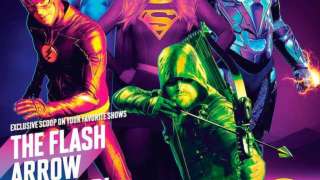 As in years past, Warner Bros. will distribute the TV Guide Magazine special issue to fans for free at the Warner Bros. booth — #4545 on the convention floor — during Comic-Con, beginning on Preview Night, Wednesday, July 18th, and continuing through Sunday, July 22nd.

Here is a breakdown of what's inside, per a release from Warner Bros. Television:

For those unable to attend Comic-Con in person, all four collectible covers will be on sale at retailers nationwide from July 17th through October 16th. Individual copies or the entire set can be purchased online at TV Insider. It’s also available for purchase on Amazon.com and BN.com, and digitally for the Amazon Kindle Fire, Barnes & Noble Nook, Google Play and Zinio.

You can see the covers in the attached image gallery.

Supergirl: Where The Characters Might End Up After The Series Ends