Hetherington set out to create a showdown scene between Batman, Robin, and The Joker and included all sorts of cinematic flair in his design. The setup takes place outside of a Gotham theater, with Batman vs Joker displaying on the marquee (via The Brothers Brick). The Joker can be seen on his customized train car, which Hetherington labels his "Streetcar named Destruction", and features a moving cylinder that is used to spread Jokers laughing gas across the populace. 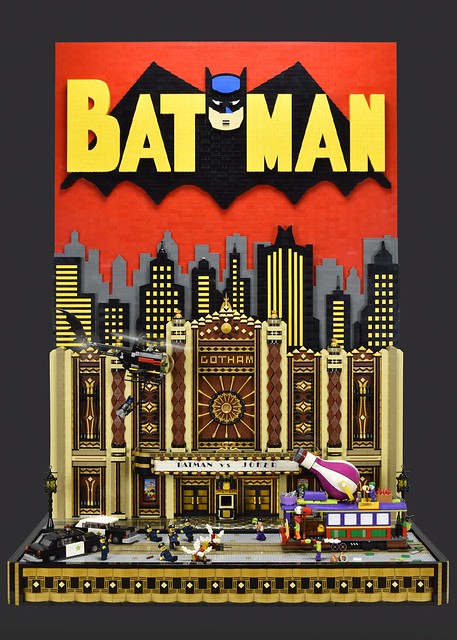 Joker has already contaminated the police force with his gas, but Batman and Robin can be seen approaching the scene from the air via their Batcopter, which has powered rotating blades. While the battle rages in the street, the true star of the show is the theater that Hetherington created, which impresses in both size and detail.

"I absolutely love Art Deco style buildings so building this was an excuse to indulge myself and create my own Art Deco Theater. It was loosely inspired by the Marbro Theater (1927) that used to stand in Chicago. American Picture Palaces by David Naylor was an incredible source of inspiration and information on this disappearing style of architecture."

You can see more photos in his gallery, and if you want to see it in motion make sure to check out his showdown video as well.

Batman: Wayne Family Adventures: Behind the Making of the Hit WEBTOON Series

Supergirl Recap: Here's Everything You Missed in "Blind Spots"