Avengers: Infinity War is coming, and as with every new installment of Marvel's superhero team franchise, there will be a selection of new costumes (or slight tweaks) for just about every character in the lineup.

Infinity War will chronicle Thanos' war against the universe to claim The Infinity Gauntlet - a storyline with lots of opportunity to adapt a lot of iconic or fan-favorite Marvel Comics costumes that fans would love to see onscreen.

There are a lot Marvel Cinematic Universe heroes appearing in Infinity War, so we'll be sticking to the highest on our priority list. Here are THE Marvel Comics Costumes We Might See in Avengers: Infinity War.

After Captain America: Civil War Steve Rogers has gone underground, but is still committed to doing good in the world. Since he also left his shield behind with Iron Man, he'll need a new one.

We suspect fans could see a rendition of the recent costume update that debuted with the launch of the Captain America: Steve Rogers comic book in May 2016.

When Tony Stark recently needed to step his tech game up in the comics, he developed his Model 51 armor - aka the "Model-Prime Armor."

Model-Prime has a scale-like design that uses advanced nanotech to reconfigure into whatever Iron Man may need: different armors (stealth, Hulkbuster), or a variety of tools or weapons. It has enhanced flight capability, a cerebral interface - and contains it all in a bracelet Stark wears.

After Age of Ultron and Civil War, Tony could use an upgrade, and the Model-Prime armor would be a fitting one.

Iron Man must have at least two armors in every film.

Avengers: Infinity War will be a cosmic battle, so we expect Tony to learn from his Avengers near death experience and suit up properly for some outer space travel.

Thor's costume changes can be hard to spot, since they revolve around the same thematic idea. Thor: Ragnarok seems to be bringing more of a Norse aesthetic to Thor and Asgard - and we would love to see that continue in Infinity War with this Medieval look.

...And since it's going to be a war, he definitely needs his helmet!

We already know that we'll see Hulk's "Planet Hulk" gladiatorial armor in Thor: Ragnarok - but when the jade giant returns for Infinity War, we expect he'll be properly suited up for battle.

Fans would get a kick out of seeing some "World War Hulk" armor as a nice Easter egg, since a WWH film seems unlikely.

Widow doesn't get much functional wardrobe in the comics, but with Infinity War involving a cosmic battlefield and unimaginable threats, it'll officially be time for her and Hawkeye to get some combat boosters.

There's the Black Widow space suit by artist Adi Granov that's pretty iconic now - while the "Fear Itself" storyline gave her an Asgardian upgrade that could be adapted for Infinity War, as well.

MCU Hawkeye is a man on the run with a wife and kids to consider, so while he may be compelled to continue being a hero, doing so as Clint Barton is impossible right now.

When Infinity War starts, it wouldn't be surprising if Barton has taken up the Ronin identity - similar to how he did in the aftermath of the comic book version of Civil War.

No, we don't expect that Anthony Mackie's Falcon will inherit the shield and mantle of Captain America during or after Infinity War - not with Sebastian Stan's Bucky next in line.

However, with Falcon also working underground with Cap, it would be a nice example of "Team Cap" solidarity (and a benevolent Easter egg to fans) to let him wear a cap-themed costume in Infinity War.

The Vision has become a scene-stealing character, and actor Paul Bettany has continued a fun and interesting arc through the Marvel Cinematic Universe.

Since Vision holds the Mind Stone that Thanos needs to complete The Infinity Gauntlet, we expect the poor guy could be an early victim of Infinity War. If so, he'll need a new body, and his "White" form is the iconic favorite we expect to see.

Doctor Strange will fight in Infinity War, and in doing so, he will need to suit up in something more than robes and a feisty cloak.

...Okay, so keep the feisty cloak (obviously), but this more armored look from the comics is something we'd expect to see on the battlefield against Thanos.

When Spider-Man gained the Uni-Power he became Captain Universe, augmenting his own powers with cosmic abilities.

Even if it's just a momentary sight gag, hardcore Marvel fans (especially the older ones) would love to see this costume onscreen in Infinity War. 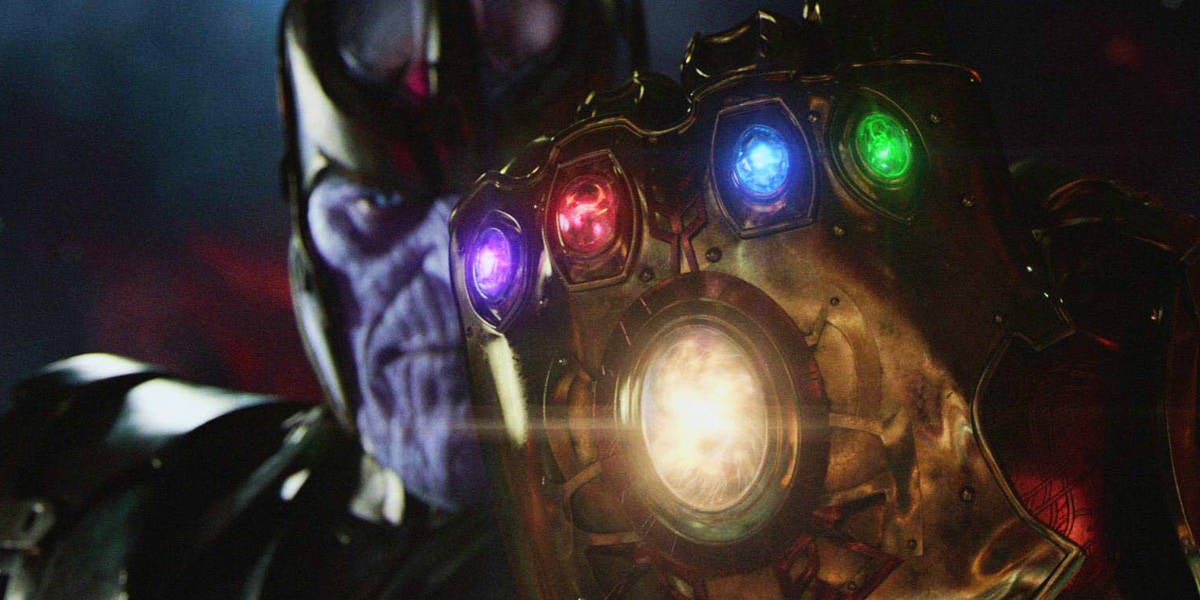 Avengers: Infinity War: 10 Comic Book Costumes That Might Be in the Movie