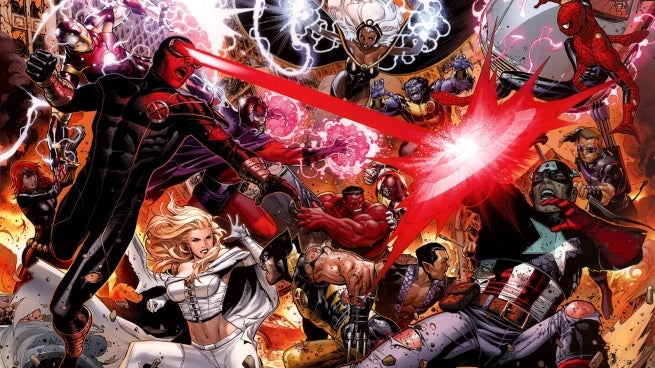 To get you up to speed and excited for the events, we've prepared a series of articles breaking down the events that were teased so that you'll be ready to revisit them next summer. Today, we chose sides for: 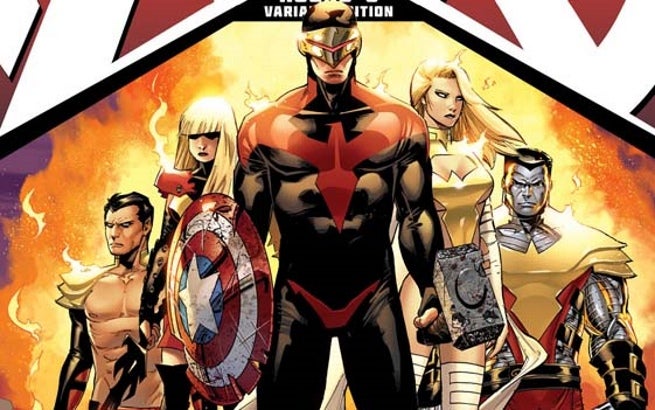 What Was It? Avengers vs. X-Men is, in a way, a conclusion to the story begun in House of M, and continued in X-Men crossovers Messiah CompleX and Second Coming. When the Scarlet Witch cast the "no more mutants" spell, it not only reduced the mutant population to approximately 200, but also prevented any new mutants from being born.

That changed when, unexpectedly, a new mutant signature showed up in Alaska. That signature was the first mutant birth since M-Day, a little girl who would come to be named Hope Summers. In order to protect her, Cable took Hope into the future and raised her as his daughter. When they returned, she was a teenager, and a redhead.

That red hair turned out to be exactly what everyone expected, a sign that she was connected to the Phoenix. Avengers vs. X-Men begins when the Phoenix Force heads towards Earth looking for a new host. The X-Men believe it is coming to rejuvenate the mutant race, but the Avengers fear that it will cause destruction. When Captain America asks to take Hope into custody, Cyclops refuses, and the two super teams come to blows.

Eventually, Tony Stark decides to solve the problem by shooting the Phoenix Force with a really big gun. All this does is split the Phoenix into five parts, which end up possessing Cyclops, Emma Frost, Namor, Colossus, and Magik, who become the Phoenix Five.

Was It Any Good? It was uneven. That's probably to be expected when five writers and three artists work on a single series. The first five issues, comprising the first act, are utterly forgettable superhero fights that don't do much to advance the plot. However, issue #6, by Jonathan Hickman and Olivier Coipel, is a stunning exploration of the new world created by The Phoenix Five, and was the kind of comic I could read as an ongoing, never mind just an event.

If you're interested in the overarching X-Men narrative of this era, you should probably read Avengers vs. X-Men, as it informs everything that has come since then, but it's not good enough to recommend as a standalone read. 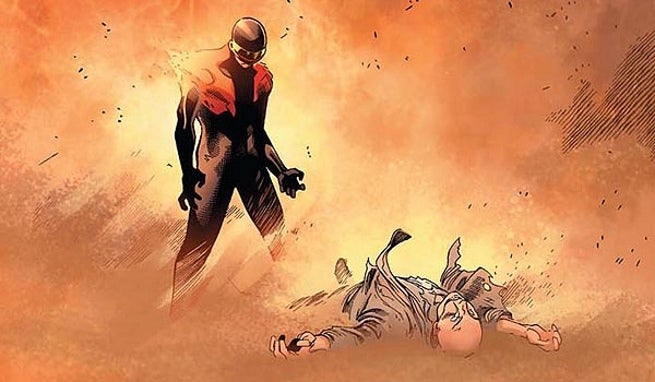 Significant Deaths: Charles Xavier. Eventually, the Phoenix Five begin to turn on each other, and each time one falls the others become more powerful. Cyclops ends up being the last one standing, and becomes the new avatar of the Dark Phoenix. In his madness, he kills Professor X. This guilt has driven the character's actions ever since, and deepened the already present schism in the X-Men. 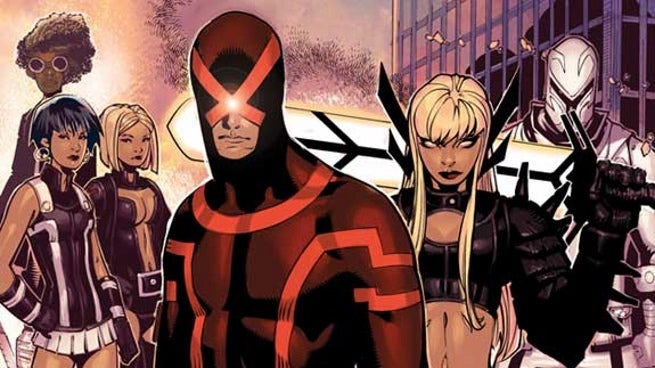 Lasting Consequences: In the end, Cyclops was right, the return of the Phoenix did mark the rebirth of the mutant race, with new mutants popping up all over the globe. Hope Summers also used her ability to mimic mutant powers to copy the Scarlet Witch's mystical abilities, and together they cast a "no more Phoenix" spell, which seems to have removed the Phoenix from existence.

This series turned Cyclops into an outlaw. The volume of Uncanny X-Men that launched during Marvel NOW! has followed him on his path to mutant revolution, along with his outlaw team of X-Men and the students they've gathered at the new Xavier's School for Gifted Youngsters, secretly located at a former Weapon X facility.

In order to help repair human and mutant relations, Captain America formed the Avengers Unity Squad in Uncanny Avengers. Cyclops' brother, Havok, led the team, which consists of mutants and human heroes alike. This series has told the major Marvel narrative leading into the current big event, AXIS, and is set to get a relaunch with a new team when the event is finished. 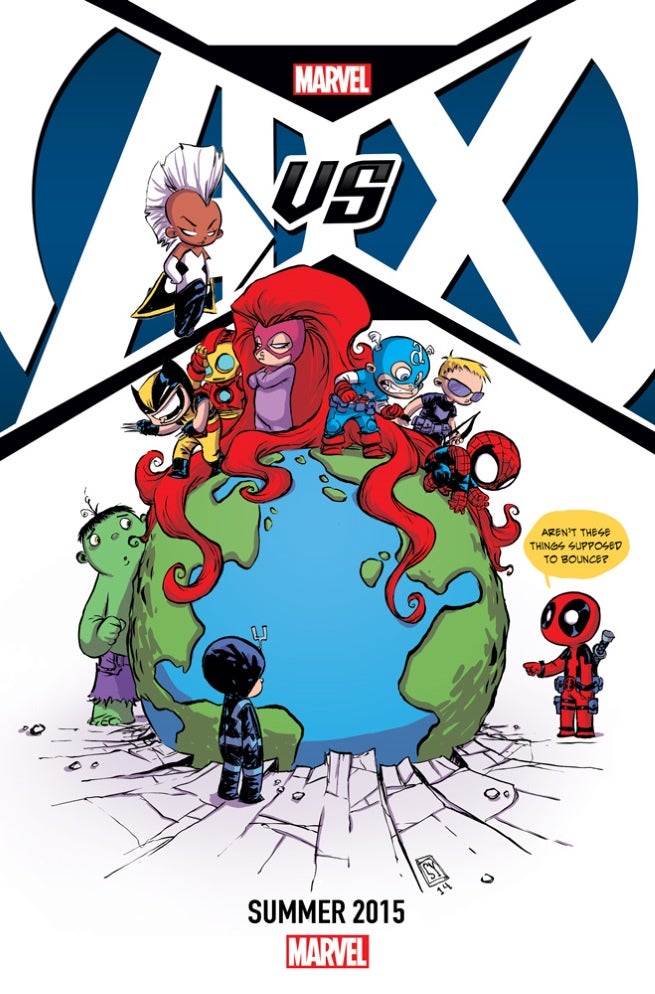 The Teaser: There's surprisingly few X-Men in Marvel's Avengers vs. X-Men teaser, and an unexpected number of Inhumans. Skottie Young's art is also a tonal departure from the original series. It's hard to know what to make of this one, but perhaps Avengers vs. X-Men #1 will show a world where the X-Men and Avengers are still battling, and the Inhumans have stepped in, either as mediators or as opportunists.