WARNING: MAJOR SPOILERS AHEAD FOR GUARDIANS OF THE GALAXY VOL. 2!

As Guardians of the Galaxy Vol. 2 came to a close, it was clear that there was much more in store for the rag-tag group of space adventurers. Dealing with Ego was just the beginning, and Marvel has already announced that Vol. 3 is in development.

So, when the third film in the trilogy finally comes around, what story will it tell? Star-Lord knows who is father is, the Gamora/Nebula/Thanos situation will likely be resolved in Avengers: Infinity War, and there is peace among the Ravagers.

Where does that leave Vol. 3? Well, with over 50 years of Guardians of the Galaxy comics, there is quite a bit left in the tank.

As of right now, there is no tentative release date for Guardians Vol. 3. Well, at least not a date that the public knows about.

However, we do know that the movie will come after the events of Infinity War. The events of Vol. 3 will take place after the Avengers finale as well. If you've been paying close attention, that means there will be a significant time jump heading into the third installment.

By that time, a lot will have changed within the team. Groot will be fully-grown once again, Star-Lord and Gamora will have had time to deal with their "unspoken thing", and the dynamic of the group could shift significantly.

Will they Split Up? 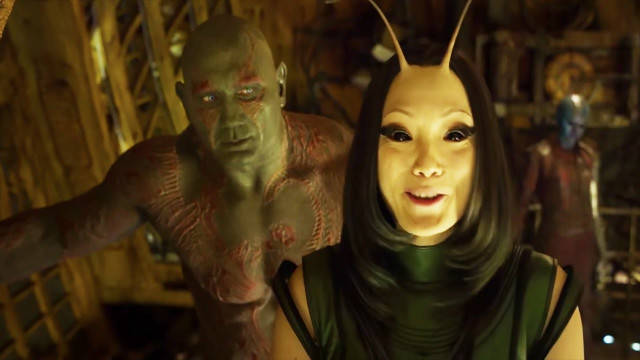 In the 2008 run of Guardians of the Galaxy, the team ended up splitting up for a good chunk of time. After Star-Lord used Mantis' powers to guide everyone's minds in the right direction, they went their separate ways.

The Guardians in the films have already shown that they have some issues within themselves, so they could be on their way to this.

In the comics, Rocket leads a new team of Guardians after Quill leaves. The latter spends some time on his own, and ends up needing the help of the friends he left behind.

There's nothing happening right now that says the group will split up, but it is a major plot point for the books. There are also pairings within the team that could be seen on their own. Gamora and Peter are a thing, Rocket and Groot are best friends, and Drax has a good rapport with Mantis. 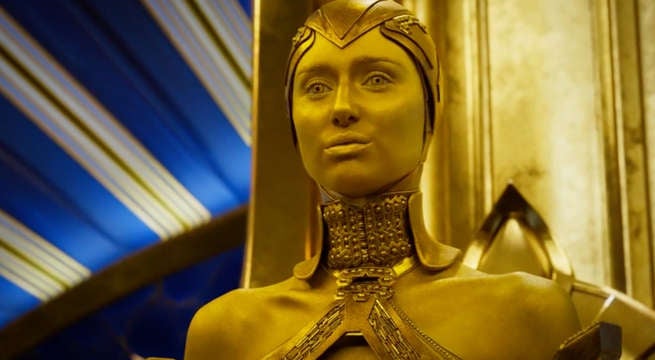 There has been no word as to who the villain could be in Vol. 3, but the post-credits scenes after Vol. 2 did hint at a potential story.

After being defeated by the Guardians, Ayesha vowed that The Sovereign would one day defeat them. She's cementing this promise by creating Adam Warlock, who she claims is more powerful than anyone can imagine.

Although Warlock is traditionally a hero in the comics, this scene makes it seem like he could be the villain of the future. Ayesha will likely use Warlock as a force to destroy the Guardians.

In addition to Warlock's possible villainy, some believe that The Sovereign could pose another threat. Their appearance, paired with the fact that they refer to Ayesha as 'High Priestess', make it seem like they could be the MCU version of the Universal Church of Truth. In the comics, this group is one of the most dangerous around.

Guardians of the Galaxy Vol. 2 introduced older Marvel characters like Starhawk, Aleta, and Charlie-27, insuring that the original Guardians team existed in the MCU. With that in mind, there is a storyline in recent Marvel comics that utilizes both iterations of the team.

Guardians 300 focused on those older characters, but had them trapped in a time that wasn't theirs. At one point, they end up in modern day, and have to work side-by-side with the current Guardians.

While time-travel may not need to be a factor in Vol. 3, the franchise is set up for the two teams to work together. Star-Lord, Rocket, and the others know about Yondu's old friends, and they could reach out for help if it's ever needed.

Where The Guardians Could Find Themselves In Vol. 3