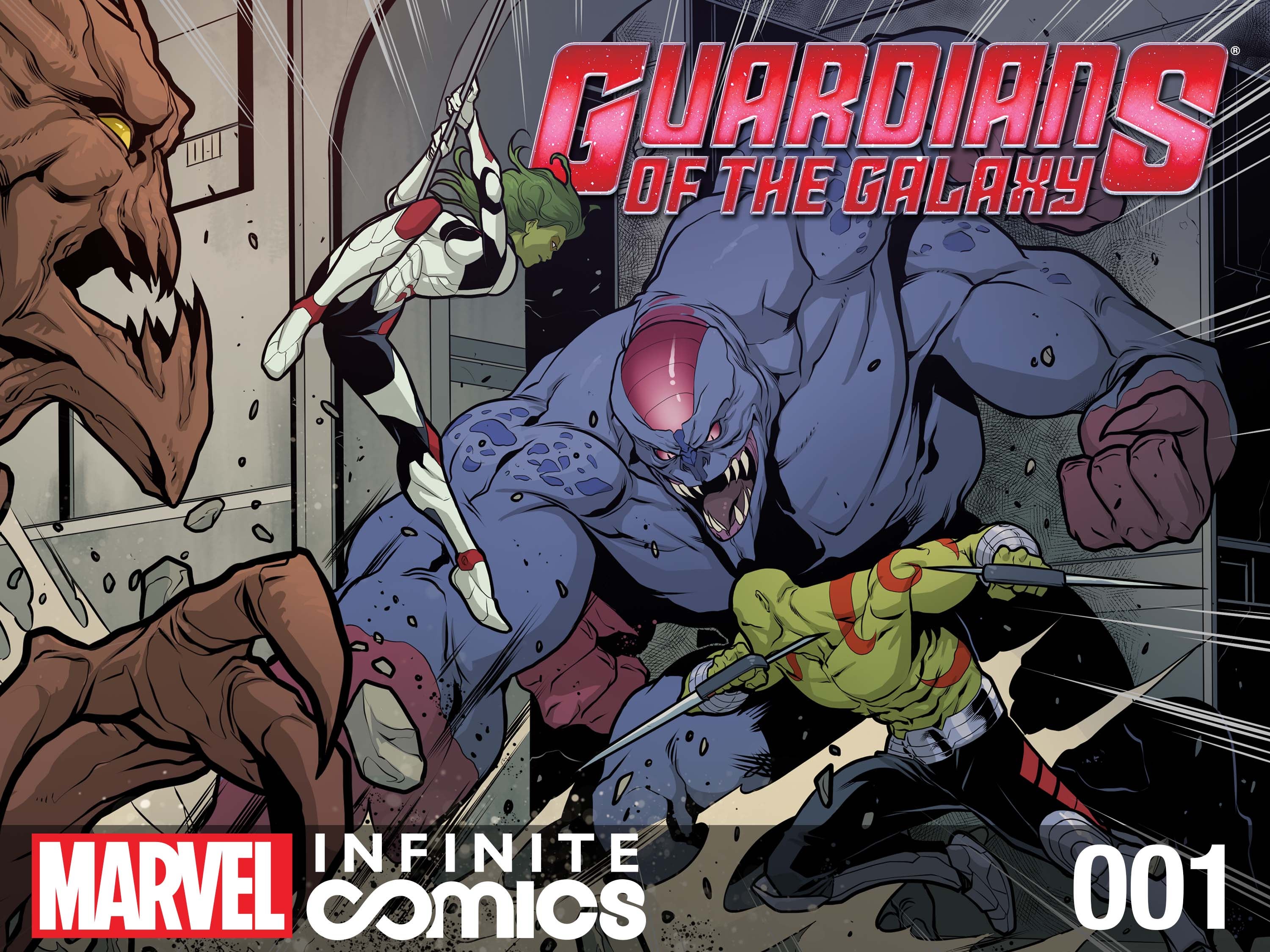 Written by Tim Seeley of Revival fame and featuring art from Reilly Brown, Iban Coello, Jacopo Camagni and Jim Charalapidis, the issue bills itself as "the harrowing tale of the Guardians' greatest triumph (or so they'd have you believe)!"

What happens when a very important part of your ship breaks? You fix it! Not if you're the Guardians of the Galaxy, apparently. They get thrown in jail after being busted during a hair-brained scheme to steal it! With Rocket & Star-Lord under lock and key – it's up to Gamora, Groot & Drax to fight their way through the prison and rescue their compatriots from facing judgment.

Set in current continuity but accessible for new readers, Marvel Infinite Comics are designed specifically for mobile devices, exploring the full storytelling possibilities of a digital canvas while still staying true to the mediums greatest strength. Available on the Marvel Comics App and online in the Marvel Digital Comics Shop, you can download the GUARDIANS OF THE GALAXY INFINITE COMICS ONE-SHOT today.