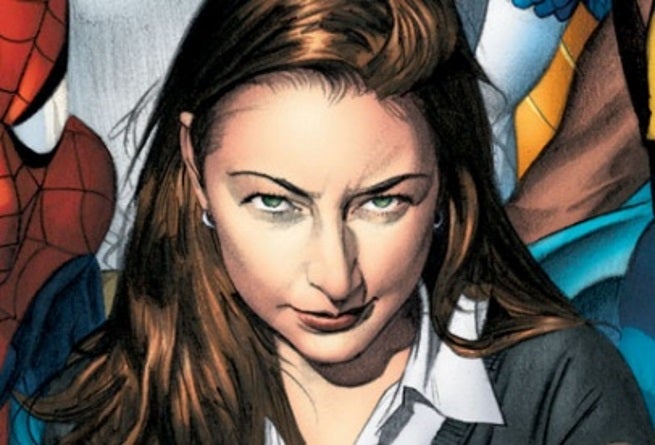 Deadline is reporting that Krysten Ritter, Alexandra Daddario, Teresa Palmer and Jessica De Gouw are all testing for the role of Jessica Jones in the upcoming Netflix television series.

Inspired largely by Alias, the Marvel Comics series by writer Brian Michael Bendis and artist Michael Gaydos, the series will follow Jones, a former superhero with post-traumatic stress syndrome following a particularly harrowing experience with a supervillain (Purple Man, at least in the comics). Having left her costumed crime fighting days behind, she instead opened up show as a private investigator.

The series will consist of 13 one-hour episodes, and will be the second Marvel television series on Netflix, after Dardevil.

Ritter may be the biggest name on the short list given by Deadline. She's got a history in both drama and comedy, having followed up her role on Breaking Bad by starring in the sitcom Don't Trust The B—. That sounds like a pretty strong blend for Jessica Jones, given the character's dark past and sardonic demeanor.

De Gouw has already dipped her toes into the superhero genre, playing Huntress on Arrow. Daddario is known for playing Annabeth in the Percy Jackson film series, and for playing the lead in Texas Chainsaw 3D. Palmer starred in the Grudge, I Am Number Four, The Sorcerer's Apprentice, and Warm Bodies.

Jessica Jones's series will be one of four Netflix series, building up to a Defenders crossover series. It all starts with Daredevil in May 2015.