But the power of The Clone Conspiracy comes largely from the unusually large number of clones that Spider-Man has accrued over the years, with most of them dating back to stories like "The Clone Saga" or "Maximum Clonage."

Some of these clones have stood the test of time better than other, and some were just a bad idea to begin with. ComicBook.com is stepping in rank the clones from worst to first. Follow along, and let us know if are picks are on the money or way off in the comments.

The core of this list will pertain solely to clones of Peter Parker from the main Marvel Universe, but there were a couple clones from elsewhere in the multiverse that are just too cool to be ignored.

Spider-Boy is one of them. Spider-Boy, aka Peter Ross, was a creation of the Amalgam Universe, the merged DC Comics and Marvel Comics universes that was formed in the aftermath of Marvel Vs. DC.

Spider-Boy combines Marvel's Spider-Man (or at least the clone who had replaced Spider-Man at the time. More on that later) and DC Comics' Superboy (himself a clone of Superman) into a single creation.

Spider-Boy's origin is that Project Cadmus, led by Thunderbolt Ross, tried to clone Super-Solider (a blend of Superman and Captain America) and failed. The resultant lab explosion killed researcher Peter Parker, but a mysterious clone of Parker emerged from the wreckage. Feeling guilty for the original Peter Parker's fate, Thunderbolt Ross adopted the clone legally, giving him the name Peter Ross. Peter adopted the vigilante persona of Spider-Boy.

The other alterante universe clone that needs honorable mentioning here come's from Marvel's own Ultimate Universe.

The Ultimate "Clone Saga" is a much better more cohesive story than the original "Clone Saga," and Ultimate Jessica Drew's introduction is part of that. Watching her and Peter Parker try to figure out exactly what's going on when they first meet is a brilliant moment.

Jessica Drew eventually joined the Ultimates and took on the persona of the new Black Widow before the Ultimate Universe finally came to its Ultimate End.

Weirdly enough, the female clone origin for Ultimate Spider-Woman makes more sense than the origin of the original Marvel Universe Spider-Woman, which had to do with her father saving her life by injecting her with experimental spider-blood, and has no direct connection to Peter Parker at all.

This is a great case of the Ultimate Universe doing what it set out to do - modernizing and streamlining classic Marvel Universe characters.

Doppelgänger brings up the bottom of this list because he isn't technically a clone of Peter Parker.

Instead, this Spider-Doppelgänger was one of many doppelgangers created by the Magus during the event called Infinity War.

Doppelgänger possesses the powers of Spider-Man but is a near-mindless, beast-like persona. He also has six clawed limbs, making him incredibly dangerous.

Doppelgänger has been killed and revived several times over. For a time after the Magus was defeated Doppelgänger was a pet of the Demogoblin. He later joined the chaos of the Maximum carnage event, where he bonded with Shriek, who became a mother figure to him.

Doppelgänger isn't much of a conversationalist, but he's scary enough to make up for it.

Guardians was one of the Jackal's earliest succesful clones of Peter Parker.

Where his buddy Jack (more on him later) was a diminutive, meek clone of Peter Parker, Guardians was a hulking goliath.

Jackal kept Guardian in a stasis pod for a futuer purpose that never became clear. Jackal released the Guardian to battle Spider-Man, Kaine, and the Scarlet Spider when they assaulted his lab.

Once released, Guardian became close friends with a fellow Peter Parker clone named Jack. Unfortunately, Guardian was subject to the cellular degeneration that plagued many of the Jackal's clones. Guardians ultimately died and his body dissipated in Jack's arms. 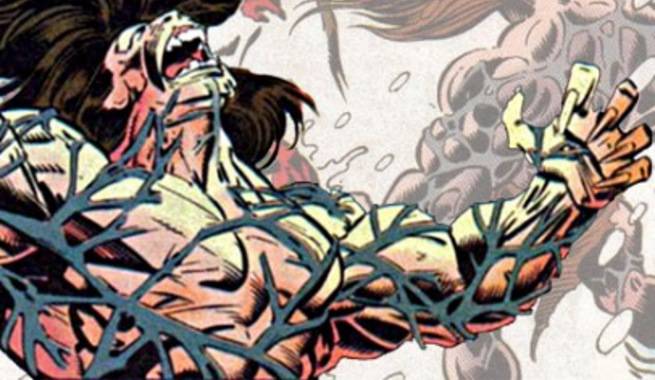 The clone called Jack was another one of the Jackal's very early success stories in his attempts to clone Peter Parker.

Even so, Jack was an imperfect clone. He suffered from a unique form of clone degeneration that left him as a bald dwarf.

For most of his life, Jack was a servant to the Jackal. The Jackal was nothing but cruel to Jack, but the Jack was loyal to him, even donning his own Jackal suit for combat.

Jack would often taunt Peter Parker and Ben Reilly for no knowing which of them was which. However, Jack was crushed when his friend and fellow clone Guardian died from cellular degeneration. He gave Ben Reilly a disc that supposedly proved Ben was the true Spider-Man and Peter Parker was a clone. The Jackal punished Jack for his treason, snapping his fingers and causing Jack to dissolve into a puddle.

Spidercide is yet another early clone of Peter Parker created by the Jackal.

Like Guardian and Jack, Spidercide was kept in a stasis pod by the Jackal. When he was released, he was convinced he was the real Peter Parker and became obsessed with proving it to Mary Jane, leading him into conflict with Kaine, the Scarlet Spider, and the real Spider-Man.

Spidercide was killed by Kaine but resurrected. The Jackal then told Spidercide of his true purpose: killing Peter Parker, Mary Jane, and the other clones. The Jackal referred to the act as "spidercide," which is where Spidercide took his name.

Spidercide eventually betrayed the Jackal. Spidercide thought hew as safe because he had been cured of the cellular degeneration that afflicted Jack and Guardians, but Jackal had the last laugh when Spidercide fell from atop the Daily Bugle building to his death. 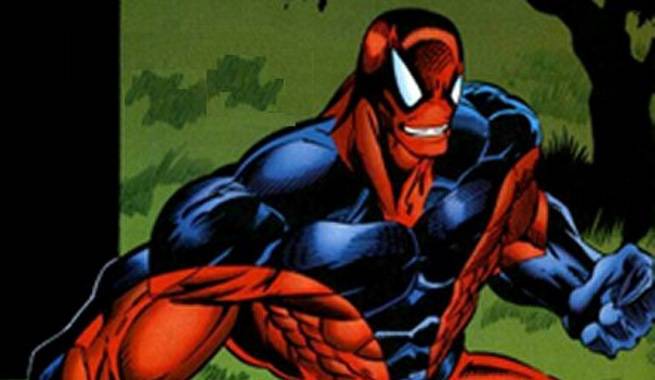 Kaine Parker was the Jackal's very first attempt at cloning Peter Parker. The Jackal believed Kaine to be a complete success until the cellular degeneration surfaced.

The Jackal resolved to let Kaine live if for no other reason than to see how long it would take him to die of the cellular degeneration. Kaine's lifespan far exceeded his creator's expectations, and the cellular degeneration gave him even further enhanced spider-powers, an acid touch (the "mark of Kaine), and monstrous appearance, and an unstable psyche.

Kaine spent a lot of time as a mob enforcer before he finally joined up with Spider-Man and the Scarlet Spider to determine which of Kaine' "brothers" was the real Peter Parker.

Kaine has taken on other personas during his career since then, but most recently had his cellular degeneration cured and became the new Scarlet Spider. Since then he has been a member of the New Warriors and an ally to Peter and the extended Spider-Family. 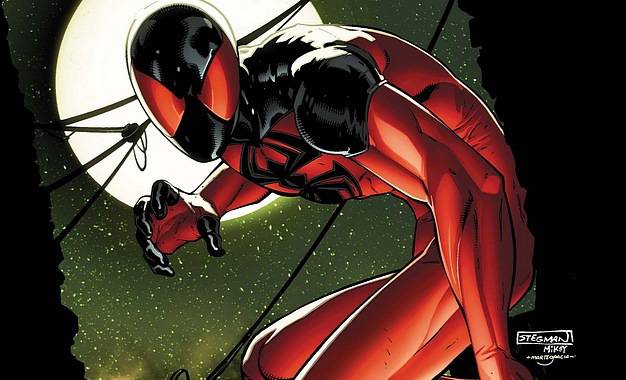 Ben Reilly was the first clone Spider-Man ever encountered, and that encounter would years later spawn what is now known as "The Clone Saga" through a series of retcons and expansions.

After losing his fight wth Spider-Man, Ben Reilly went into a self-imposed exile from New York City, only returning to visit Aunt May when she was ill. But Norman Osborn had manipulated the strings of the Jackal and other behind-the-scenes to convince everyone that the Scarlet Spider was actually the originally Peter Parker.

When Ben and Peter discovered this lie, Ben took over Peter life in a move by Marvel Comics that was meant to be a way to get Spider-Man out of his marriage to Mary Jane without turning him into a bad guy.

The swap didn't stick, though. Both Ben and Peter joined forces to take on the Green Goblin. The Goblin impaled Ben with his glider, and Ben dissipated in a manner similar to how other clones died, proving that Peter Parker, the Peter Parker that fans had been following for decades, was the one, true Spider-Man. 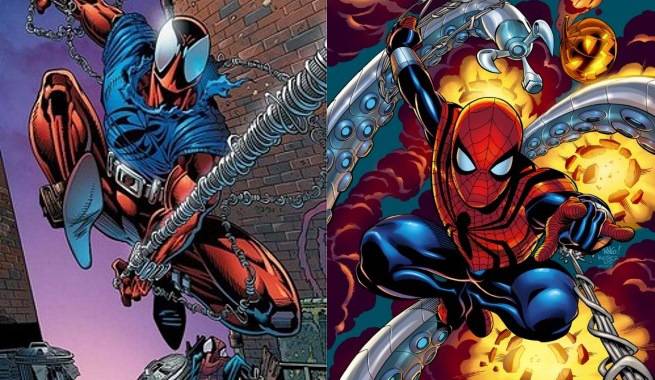