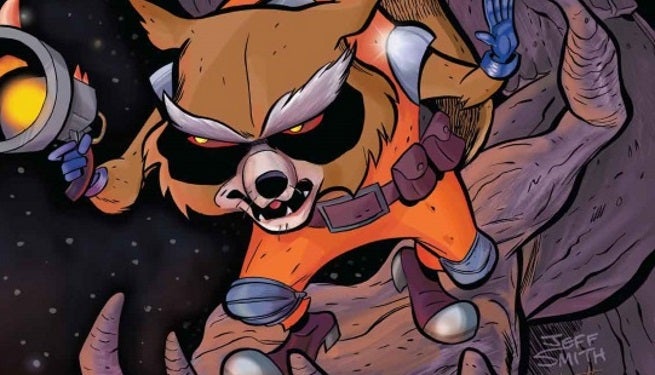 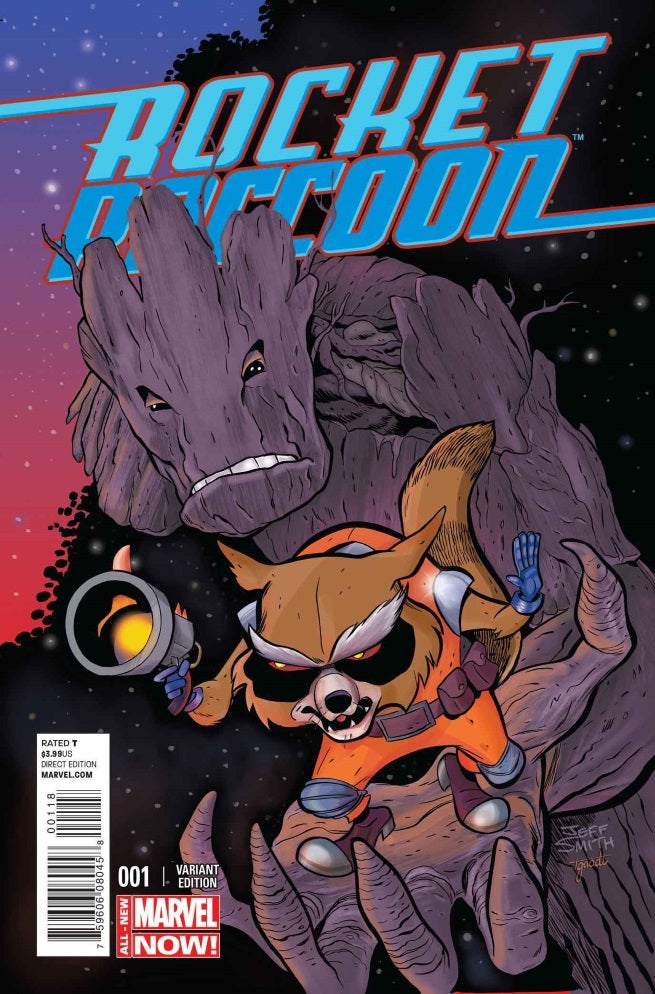 Rocket Raccoon #1 is written and drawn by Skottie Young. The Jeff Smith variant cover, featuring Rocket and his buddy Groot, will be available exclusively at the Marvel Comics booth at San Diego Comic-Con International. The cover is the Eisner-winning artist's first work for Marvel Comics.