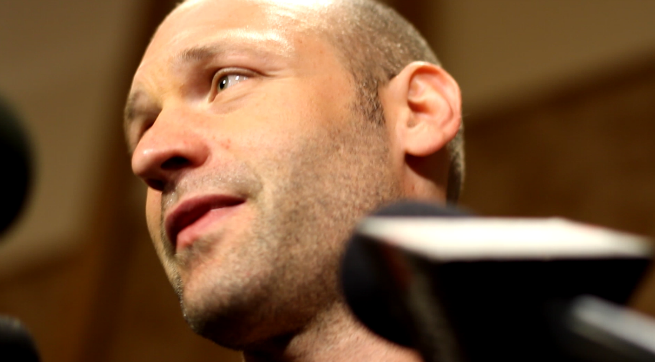 The Strain star Corey Stoll is a busy man at Comic Con International: San Diego this weekend. In addition to appearing in support of his popular new cable horror-drama, he's popping up as Darren Cross, the film's principal antagonist and wearer of the Yellowjacket costume.

Yellowjacket, of course, was one of a number of identities adopted by original Ant-Man Hank Pym in the comics, and the costume he was wearing when he infamously struck his wife, The Wasp, during an argument.

Stoll joined ComicBook.com and a couple of other reporters to talk briefly about Ant-Man following the movie's presence at Saturday's Marvel Studios Comic Con panel.

Is it a little intimidating joining such a great cast when in a lot of ways the Marvel Universe is already a moving train?

Absolutely. Just being backstage and looking at the talent that Marvel has pulled into their world -- starting with our movie with Michael Douglas and Paul Rudd and then take all of The Avengers all there. I don't know how many Academy Award nominations and Emmys between them. Just an incredibly accomplished and interesting, brave group of actors.

So to be part of that makes me feel incredibly...I don't want to say humbled, but humbled, yeah. 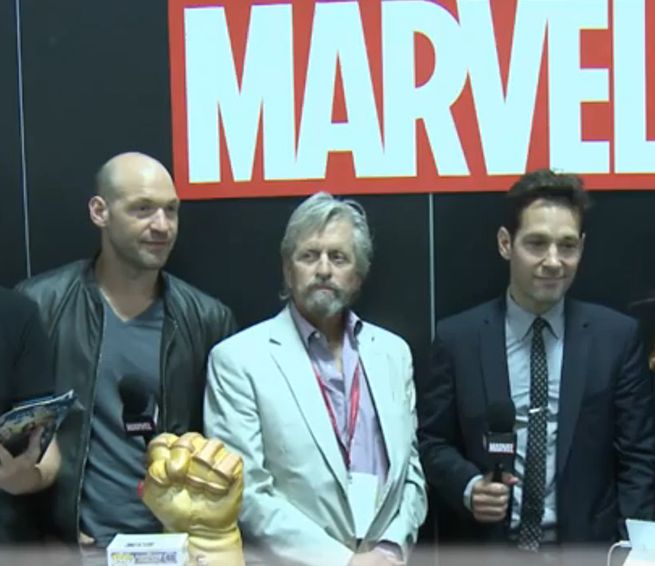 We don't know a lot about the movie yet, but we know who you are. So tell us why you're excited for fans to see your Yellowjacket.

Well, I haven't really created the character yet. What we know is his relationship to Hank Pym as a mentee and then how that relationship sort of soured and turned and with his rival sort of Scott Lang. But I'm just starting creating this character and I think the script that we have is an incredible launching point for that.

And the power -- I don't think it's hard to identify with the desire to have this power. When you first say it, like, "a guy who can shrink? That's a crappy power." But I think you'll see in the movie the ability to be a spy, to disappear and yet sort of create this sort of aikido with scale is just the coolest power.

When you were offered the role, did you take it right away?

Yes, absolutely. I fought for the role.