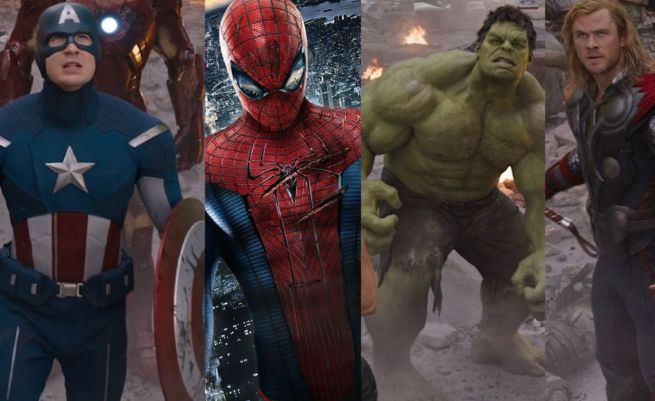 According to news and rumor site Latino Review (lots of potential spoilers at the link), a deal has been struck that will bring Spider-Man to Marvel Studios in time for the two-part Avengers: Infinity War mega-event.

The word is that the long talks between Marvel and Sony have finally yielded results in the wake of a wave of criticism aimed at Sony's handling of the franchise following the recent Sony hack.

The report emphasizes that a recent rumor that Tobey Maguire and Andrew Garfield could meet up in a Spider-Men-style movie mashup is just as unfounded as you would think, but claims that they've got it on good authority Spidey will be wall-crawling his way into the next two Avengers movies after Age of Ultron.

"I don't have the exact details nor a paper trail, but I'm told we'll see an MCU Spider-Man in Infinity Wars Part 1, as that was the next logical place to insert him after they missed the window to logically include him in Civil War," the report claims.

The planned 2016 Spider-Man movie may be cancelled or may be a co-production between Sony and Marvel, says the report, but it won't go forward as originally planned. Given the relatively short production time on The Amazing Spider-Man 2, it's unlikely any immediate announcements will clear all this up, as they would have no need to do so right away.

Who do you think they'll cast as Peter Parker? Get involved inside the Spoiler Room by clicking here!

Spider-Man Rumored To Be In Avengers: Infinity War