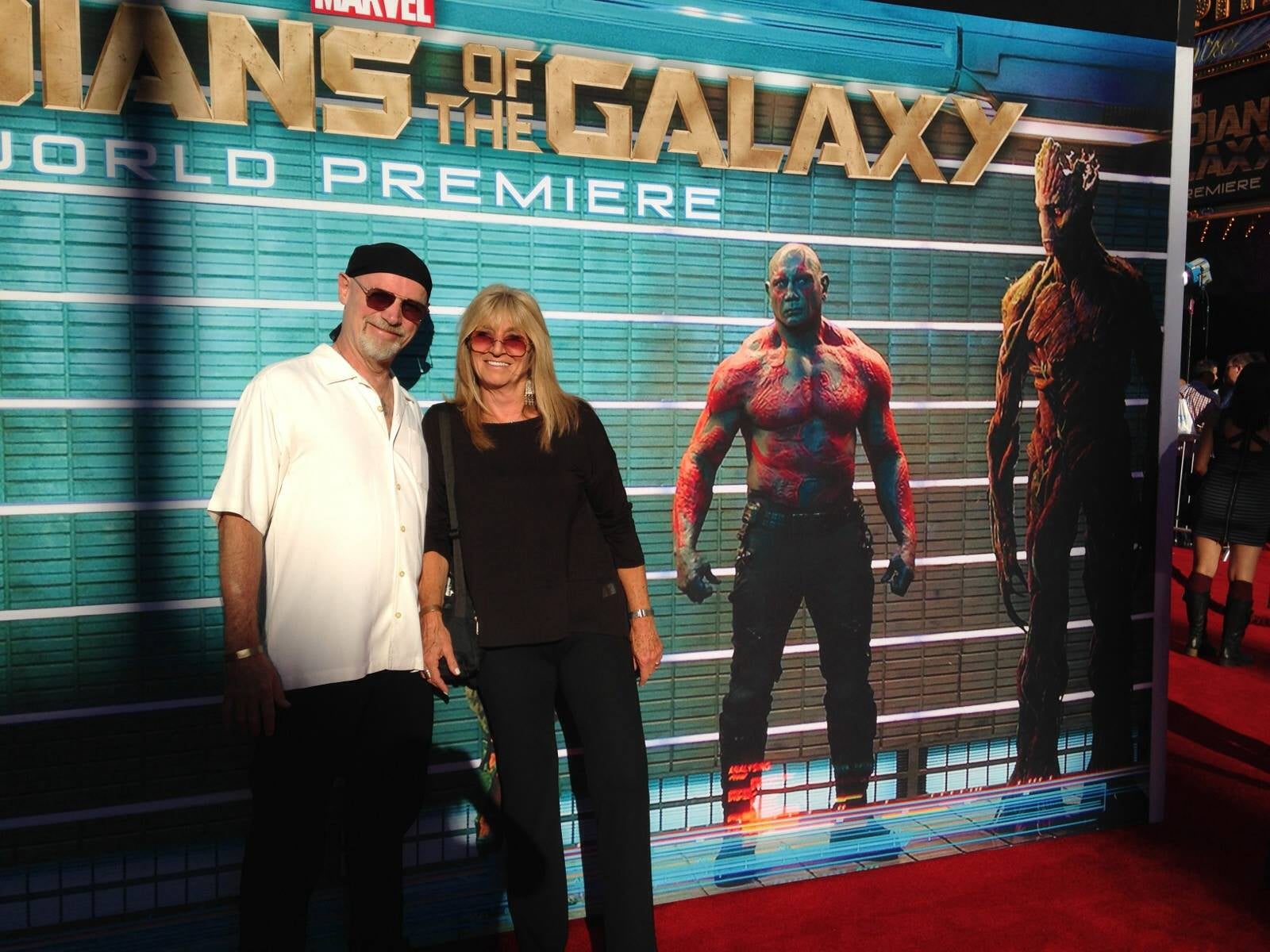 Jim Starlin, who was famously upset with Marvel after having not been invited to a pre-screening of Marvel's The Avengers or informed that they intended to use Thanos, a character he created, in the post-credits sequence for that film, is feeling pretty good about the Mad Titan's upcoming screen appearance in Guardians of the Galaxy.

Posting the photo above to social media, Starlin gushed, "Just came from the premiere of Guardians of the Galaxy. With all the hype I expected to be a bit disappointed. It just couldn't be as good as everyone was predicting. And they were wrong. It's even better than everyone said. It just might be Marvel's best movie yet."

Starlin is currently working on a number of projects featuring Thanos -- who is the big bad in the background of Guardians of the Galaxy and is widely expected to be the central antagonist in Avengers 3 -- for Marvel on the comics side.

Thanos Creator Jim Starlin: Guardians of the Galaxy Is Marvel's Best Movie Yet