With Joss Whedon favorite Alexis Denisof starring as "The Other," the apparent leader of The Chitauri in Marvel's The Avengers and the only person we see communicating directly with both Loki (the film's villain) and Thanos (the mad god pulling Loki's strings), it seems reasonable to wonder who he might be. Denisof himself was told that "The Other" was all he got when he agreed to the movie and was given his script pages, but that doesn't mean the character won't play a bigger role going forward. Alexis Denisov has done a couple of interviews recently where he's talked about the role--something that makes us wonder if whether the character might return for Avengers 2--and if he does, what he could be playing that might be more than meets the eye. 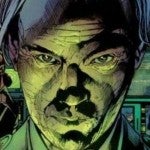 Herr Kleiser The Chitauri are a race that exist in the comics, and while their depiction in Marvel's The Avengers had little to do with the way they've been written in the past, that doesn't necessarily mean that there won't be touchstones in the future. Herr Kleiser was the Nazi alias of the leader of the Chitauri, who appeared in Marvel's The Ultimates by Mark Millar and Bryan Hitch. Kleiser was a character in the comics who was defeated by Captain America during the second World War, only to return decades later and swear revenge on Cap and his allies as a result of the imagined slight. When Chitauri came to do battle with The Ultimates (known in another world as The Avengers), it was Kleiser who led them into combat. Could we see revelations in Avengers 2 that Kleiser was actually present somehow during the events of Captain America: The First Avenger or Captain America: Winter Soldier? Time will tell, but it doesn't seem entirely unlikely. 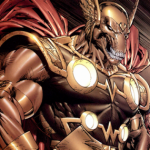 Beta Ray Bill Why? Because, as we've said before, the movie version of the Chitauri just LOOK like Beta Ray Bill to us. To have their race all be mindless drones, but one of them singled out? It seems like it's just begging for that one to have a special role--and whether it's (as the rest of the list assumes) as a second antagonist or perhaps even as someone who might redeem himself in a later film and prove himself worthy to lift the hammer, anything that breaks him out from the rest of the crowd and justifies the way he's been spotlit so far would make sense to us. Come on--tell us that wouldn't be an ingenius twist for Thor: The Dark World or The Avengers 2 to pull out of their pocket! 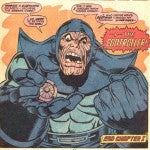 Controller An alien being indebted to Thanos, The Controller was offered Earth as a prize and so began the process of conquering it for Thanos. Sound familiar? He's also a character who has appeared on TV and in video games, and one who has connections not only to Thanos, but to Iron Man as well. He has worked with Red Skull and faced off against The Avengers, S.H.I.E.L.D. and Maria Hill, to name a few, and was one of the early favorites to be the source of the alien invasion, back before it was revealed that the villains in Marvel's The Avengers were Chitauri. One thing in his favor? While many of the other names on this list are alien in nature (since he's the leader of an alien race associated with shapeshifting, it seemed sensible enough to include them), the face under the hood of The Other is a decidedly human-looking one, at least as compared to his Chitauri friends. If you check out the image above, you'll see that in spite of discolored skin, he still has the look of a human or humanoid being under that golden-grilled mask. And the number of human beings who spend a lot of time hanging around Thanos? That's a pretty small one. 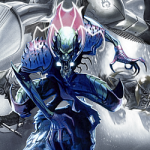 Annihilus Another guy who just kind of bears a physical resemblance to the film's version of the Chitauri, but this one makes even more sense because he's one of Marvel's great Avengers villains, and could provide a suitably awesome and chilling PS to the next film after Thanos is taken down. Additionally, he's a robotic threat--which could tie nicely into the theories floating around the Internet that Agent Coulson may be reinvented as The Vision. Of course, Clark Gregg says that's not likely to happen--but filmmakers have to tell us all kinds of things to keep the suspense alive. We were told any number of things that wouldn't happen in The Avengers that turned out, in one way or another, to happen. Ditto The Dark Knight Rises! 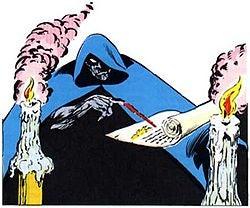 Chthon And then there's this guy. Not one of Marvel's better-known characters, he's still our odds-on favorite to be "The Other." Why? Well, among other things, he's been referred to in the comics as "The Other" from time to time. He's also a grey-skinned, humanoid alien with a hood. All of that seems to add up pretty nicely, doesn't it? An "Elder God" who has run afoul of The Avengers a number of times, Chthon has the combined power of a number of his race from whom he absorbed it, killing them, and that could be the kind of thing that comes in really handy when you're fighting against a younger, handsomer thunder god with a big ol' hammer!

The Avengers Movie: Who Is The Other?