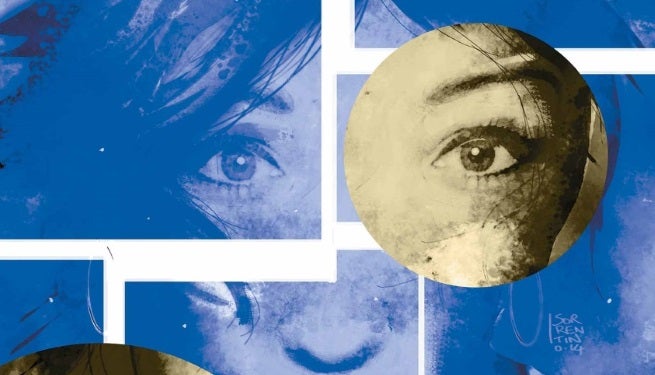 The annual is Sorrentino's Marvel Comics debut. When the issue was announced at San Diego Comic Con, Sorrentino told us in an interview that he was thrilled to be working on the X-Men.

"I don't think there is anyone who could ever NOT be familiar with the X-Men," Sorrentino said, "but yeah, I've been a big X-Men fan since when I was younger. I'll admit that, in recent years, I haven't read them for a while, until the relaunch of Marvel NOW!, when Brian Bendis started writing them, and I've started to enjoy them again. I didn't at all expect that they would proposed I draw them, but it was more than a pleasant surprise and I couldn't be happier!"

Bendis will write the annual, which is the first of a two part story, titled "The Secret Life of Eva Bell." The story is similar to Illyana Rasputin's story from the Magik miniseries, with Tempus disappearing from an X-Men training mission for just a moment, but showing years of aging on her return. Marvel's press says that Eva will become trapped in her own time bubble and travel to the far future of the Marvel Universe, that what she sees changes her, and may have dire consequences for the X-Men.

Uncanny X-Men Annual #1 goes on sale December 10. "The Secret Life of Eva Bell" will be concluded in All-New X-Men Annual #1, also on sale in December.