Marvel Comics today released their full solicitations for the month of June 2017, and they included quite the tease for X-Men fans.

In June, Marvel will release X-Men: Blue #5 and 6. The covers to both issues feature a previously unannounced character who seems to have claws coming out his hands. It's hard to say for certain because the characters hands and face are pixelated to hide his identity.

The X-Men: Blue story this takes place in is titled "The Return Of ___." The synopsis suggests the character will be joining the X-Men: Blue team, which consists of the young, time-displaced original five X-Men - Jean Grey, Cyclops, Beast, Iceman, and Angel - who are now being mentored by Magneto.

Who could the mystery character be? We've got a few ideas, some of them more likely than others. Click the slideshow to see what they are.

The obvious ploy here is that Marvel is playing on the expectation that Wolverine will inevitably return at some point in the future. For those of you who aren't caught up, Death of Wolverine left Wolvie encased in adamantium after having lost his mutant healing factor.

We're going to guess that this is a big misdirect. If Marvel were going to bring back Wolverine they'd do it with a lot more pomp and circumstance than just sneaking it into a blurry cover solicit. Plus, Old Man Logan and All-New Wolverine each just got "renewed" for the X-Men's ResurrXion, and Old Man Logan is featured in three other ResurrXion titles.

There's just no place for the original Wolverine to fit in right now. 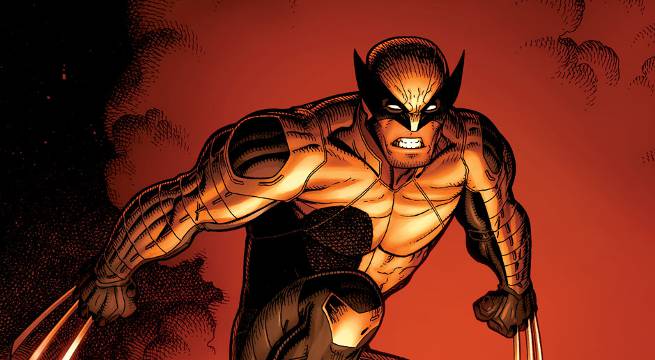 Daken is the son of Wolverine and a mutant with powers very similar powers to those of his powers, plus a few extra tricks of his own.

Daken has had a sordid history, mostly as a villain or criminal but usually acting out of self-interest rather than a desire to conquer or destroy the world. He impersonated his father as part of Norman Osborn's Dark Avengers team and was later turned into one of Dark Angel's Horsemen of Death.

Daken was last seen dealing with his father's death in aftermath of Death of Wolverine. When we first saw these covers, Daken was the first character to mind, but what we can make out of the character design seems all wrong.

Still, the idea of Wolverine's wayward son joining the original X-Men under Magneto's tutelage makes a lot of thematic sense, so we're going to say there's a fair to middling chance the character is Daken. 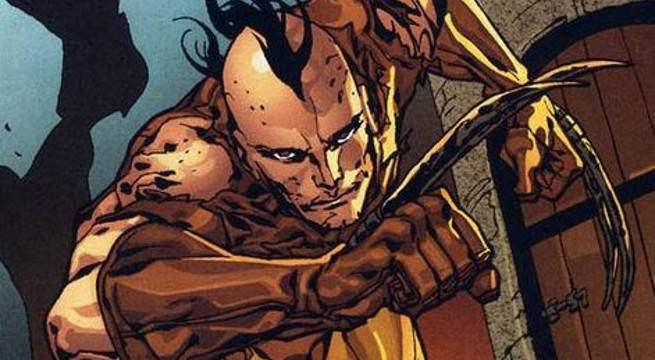 Raze is the son of Wolverine and Mystique from an alternate dimension. During the Battle of the Atom event, Raze and his half-brother, Charles Xavier Jr., led their universe's Brotherhood of Evil Mutants against the X-Men of the 616 Universe. Later, he attempted to remove all humans from Earth-616 to make the dimension a safe haven for mutants alone.

Raze could, theoretically, could be the character on the X-Men: Blue covers, but there are a few reasons why this seems unlikely. Firstly, the coloring and the character design seem wrong. Granted, Raze is a shapeshifter so he can take whatever form he desires, but altering his look that much on the cover seems like overkill if you're trying to sell his return as a big deal.

And that's the other thing. "The Return of Raze" is not a story that's likely to excite many fans, as Raze was not a particularly well-liked character. We'd say this one is pretty unlikely.

The original Wolverine of the Ultimate Universe was Logan, the same as in the Marvel-616 Universe. However, that Wolverine died and his son eventually took his place.

James Hudson as born James Howlett Jr. Knowing that he couldn't take care of the child, Logan left James in the care of a friend he served with the Iraq war. To make the adoption official, James was given his adopted father's last name.

After the original Wolverine died, James discovered who he really was when Kitty Pryde showed up with a box of Wolverine's possessions that included a message for James that revealed the truht of his heritage. James then discovered that he'd inherited his father's powers. Rather than having adamantium surgically grafted to his bones, part of James' mutant power is that he can form a metal casing for his bone claws at will.

Based on the design and story potential, James Hudson is our top pick for who this clawed X-Men: Blue character could be. We'd assume he made the jump to the Earth-616 universe during Secret Wars, the same way the Ultimate Spider-Man did. The title of the story could still be "The Return of Wolverine."

Mark Hamill Responds to Guardians of the Galaxy Cameo Rumors