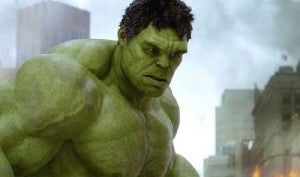 Since an Avengers sequel has already been confirmed by Disney, many are starting to speculate what Avengers 2 will be about. Joss Whedon did such an incredible job right out of the gate with Avengers how can he possible top it? Is Avengers 2 destined to be a disappointment because the first film set the bar so high? Well, while I could find little wrong with the first Avengers, I do have a couple ideas how Avengers 2 could be better. Here are five ways to make Avengers 2 better than the original Avengers. 5. Shoot With 3-D Cameras – Everyone knows Disney is going to insist on releasing the sequel in 3-D, so at least do it right this time. If I had one criticism of The Avengers it's that the 3-D special effects didn't really add a lot to the movie, but Avengers 2 would look much better if the film was shot with 3-D cameras from the get-go. 4. Replace Two Of The Avengers – Even though I thought Scarlett Johansson and Jeremy Renner did a great job, an Avengers sequel needs some fresh faces to keep things interesting. Unfortunately, Black Widow and Hawkeye have to go by process of elimination, as the other four are the core of the team. Ant-Man and Wasp would be good choices to replace Black Widow and Hawkeye, but Vision or Black Panther would be kind of cool as well. Of course, Avengers 2 could expand beyond just six characters, but if they go more than seven characters, then it could get unwieldy. 3. Bring Back Agent Coulson – The death of Agent Coulson was one of the saddest parts of The Avengers, and there has been much demand to bring this fan-favorite character back. Comic books have taught us to expect returns from the dead, so why shouldn't comic book movies do the same. There are already lots of theories circulating on how to bring Agent Coulson back from the dead. 2. Leave The Earth – The Avengers gave us one of the most destructive scenes in the history of comic book movies as Loki and his alien army attacked New York. To have the primary focus of Avengers 2 be Thanos attacking earth with an alien army would seem somewhat repetitive. However, maybe The Avengers could take the battle to Thanos. The only thing more visually striking than massive destruction occurring in a city might be massive destruction taking place in space. 1. More Hulk – While Avengers 2 shouldn't go overboard and focus on any one character too much, there's no denying that some of the best scenes from the first Avengers movie revolved around the Hulk. As part of the build-up, Hulk didn't emerge until halfway through the movie. With Avengers 2, there's no reason the Hulk can't show his green face earlier in the movie.

Avengers 2: Five Ways To Make It Better Than Original