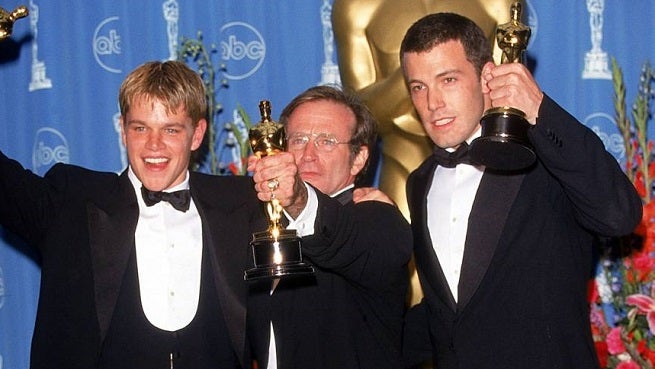 Many continue to mourn the loss of the great comedian and actor Robin Williams, including those he worked with.

Ben Affleck took a moment away from filming Batman v. Superman: Dawn of Justice to post a remembrance of his time working with Williams on Twitter:

Robin had a ton of love & did so much for so many. He made Matt & my dreams come true. What do you owe a guy who does that? Everything.

The dreams that Affleck is referencing came true in the 1997 film Good Will Hunting, which he wrote with Matt Damon. He and Damon starred in the film, alongside Williams.

Williams was recognized for his performance in Good Will Hunting by the Academy of Motion Picture Arts and Sciences, who awarded him the Oscar for Best Supporting Actor, the only Oscar Williams ever won out of three nominations. Affleck and Damon also received Oscars for Best Original Screenplay for Good Will Hunting.