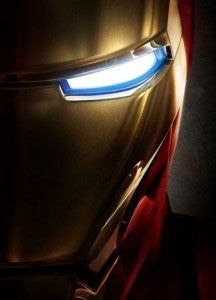 According to Latino Review, who are right a little more than half the time about things like this (although very wrong on other things, like G.I. Joe losing a director midway through editing), the plot of Iron Man 3 will mirror the popular Extremis storyline from Warren Ellis' run on Iron Man comics and feature Tony Stark experimenting with--and ultimately facing off against a villain or villains powered by--nanobots. The story suggests that the moment where Captain America accuses Iron Man of being basically just a guy in a suit, seen in some of The Avengers' promotional materials, gives Stark the inspiration to try and make himself a super-soldier using microtechnology and that it goes somewhat differently than he hopes. We already know that set construction has begun for the film under the assumed title Caged Heat; that it will feature a good deal of water footage, and that staff are already on-site to accommodate the possibility of beginning principal photography in late April or early May. If these rumors at Latino Review are true, it seems that by the time The Avengers is in theaters fans will have a pretty good idea of what Iron Man 3 will feature.