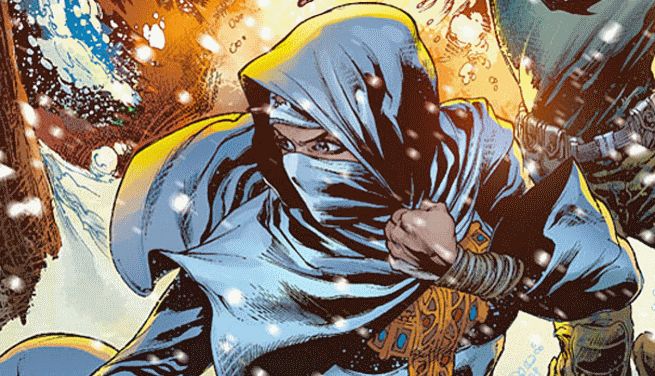 A photo found on Twitter may have revealed that DC Comics' Kahina will be appearing in Batman v. Superman: Dawn of Justice

The photo, posted on the "Filming in Chicago" account, shows a trailer – presumably on the Batman v. Superman set, though we have no way to confirm – with a sign that reads "Kahina's double."

All is quiet at base camp. pic.twitter.com/ysRnyc4jRk

Kahina is a female DC Comics character and member of The Others, along with Aquaman, The team was tasked with hunting down Black Manta, but failed in that pursuit. Black Manta eventually reemerged and killed Kahina, though not before she had a prophetic vision of Arthur Curry's future.

If Kahina is in the film, her direct relationship to Aquaman certainly suggests for the King of Atlantis making an appearance as well. Knowing that Kahina is a seer, perhaps she has a vision of what is to come on the surface world, leading to Aquaman to join Superman, Batman, and Wonder Woman.

Is Kahina In Batman V. Superman?