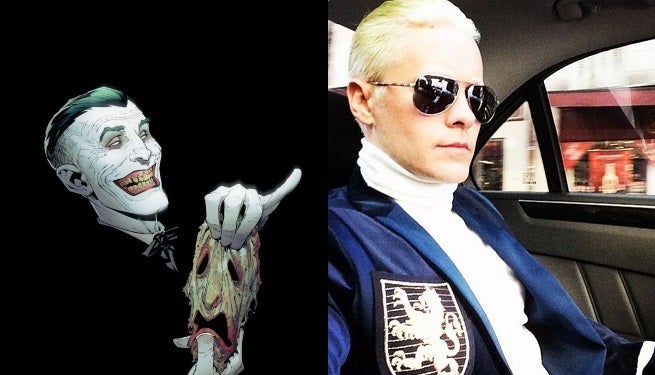 Jared Leto has uploaded a new photo to Instagram that gives us a clearer look at his new Joker haircut for Suicide Squad.

The hair is pretty close cut, similar to but not quite as high as Greg Capullo's Joker from Endgame, but with a little less volume than classic Joker.

Don't take the coloring too seriously. His hair is likely only bleached blonde now because its easier to color that way. The Joker will likely have the green locks that everyone expects.

Also, don't read to much into Leto's turtleneck and boarding school jacket outfit. This is his personal Instagram account, and he is and actor/rock star, so its very likely these are just his around town clothing rather than an outfit he's trying on for the Joker. Then again, I suppose anything is possible.