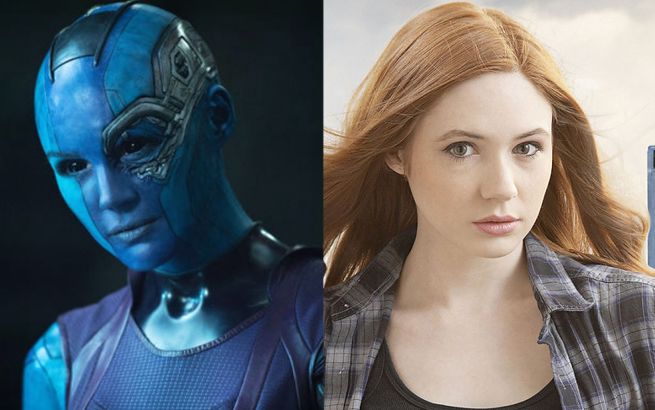 Among comic book and sci-fi fans, Karen Gillan is best known for two roles. Gillan played Amy Pond on the Doctor Who TV series from 2010 to 2013. She also appeared on Doctor Who in 2008 in the role of a Soothsayer.

Besides her Doctor Who work, Gillan's other most famous role was playing Nebula in the Guardians of the Galaxy movie, which is currently the highest-grossing movie of 2014 in the U.S. Gillan famously shaved her head for the role. She is expected to reprise her role as Nebula in Guardians of the Galaxy 2, as director James Gunn has indicated that he wants to see more of her character.

Gillan recently starred as Eliza Dooley in the TV series Selfie on ABC. Even though the series was recently canceled, the remaining episodes of Selfie will air on Hulu.