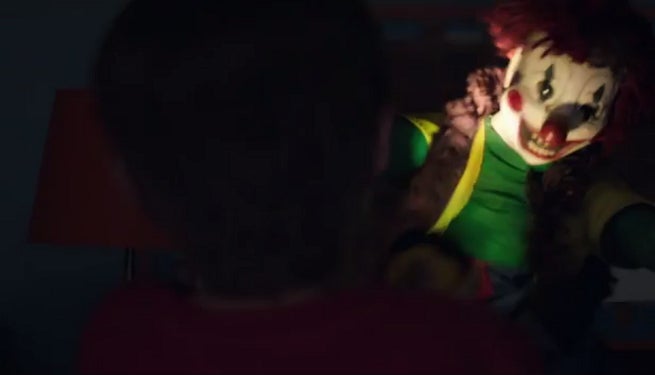 Twentieth Century Fox has a teaser for their soon-to-be released trailer for the Poltergeist remake.

A remake of the 1982 haunted house film, the remake will be directed by Gil Kenan, and written by David Lindsay-Abaire, and will star Sam Rockwell, Jared Harris, Rosemarie DeWitt, Saxon Sharbino, Kyle Catlett, Kennedi Clements, and Jane Adams.

Poltergeist is scheduled for release on July 24. Check back later today for the full trailer.

Legendary filmmaker Sam Raimi ("Spiderman," "Evil Dead", "The Grudge") and director Gil Kenan ("Monster House") contemporize the classic tale about a family whose suburban home is haunted by evil forces. When the terrifying apparitions escalate their attacks and hold the youngest daughter captive, the family must come together to rescue her before she disappears forever.