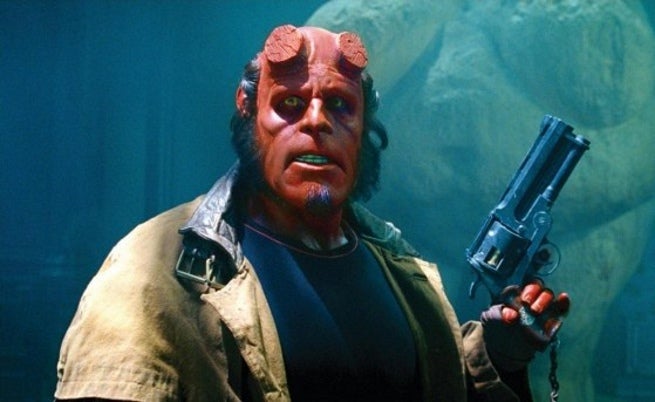 Speaking to radio DJ Tony Tone, Ron Perlman says he's still fighting for Hellboy 3. Unfortunately, there's been no movement, and director Guillermo del Toro may no longer have the time.

I'm fighting for it. Guillermo del Toro kind of wants to do it, but he's very busy. It's got to be him, because he's the guy that created the saga, and the shape of it, and he knows how it's supposed to end. But yeah, I think it's essential that we end it, because it was meant to be three movies, so I'm fighting for it, but there's nothing to report right now.

On a recent episode The Colbert Report, Jeffrey Tambor hinted that things might be finally pushing forward for the film, but it seems that's not the case.

There are few things more sad than an unfinished trilogy. Hopefully this film series will get the conclusion it deserves.