The Star Wars Force Friday event is fast approaching. The first batch of money-printing toys and merchandise tied into Star Wars: The Force Awakens will soon be revealed in a global unboxing event, and then released onto retailers worldwide.

With the classic trilogy cast returning and an entire new group of heroes debuting, not the mention the many new villains these heroes will face, there are a lot of possible toys that could be announced.

As such, we've put together sort-of wish list of products that we most hope are announced on this epic force Friday.

Check out when Star Wars: The Force Awakens and other movies are coming out in ComicBook.com's Movie Release Schedule.

The one element in the first Star Wars: The Force Awakens trailer that really went viral was Kylo Ren's cross guard lightsaber.

Running around and attacking your friend with glowing, plastic lightsabers is a tried and true tradition of Star Wars fandom, so we're hoping to see this version of the weapon join the toys' ranks. 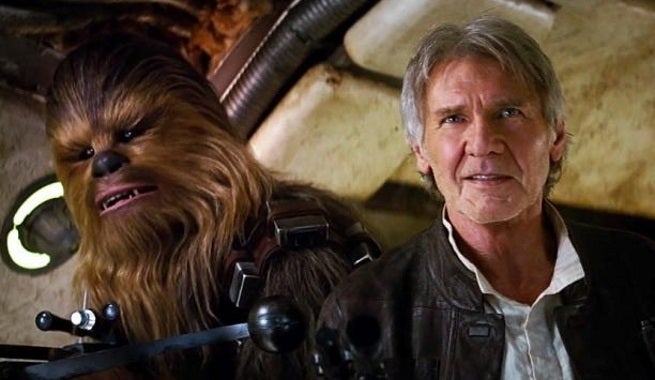 Han Solo, Luke Skywalker, and Leia Organa are all returning for another adventure in The Force Awakens, along with Chewie, C-3PO, and R2-D2.

After decades of collecting the many variations on the same outfits from the classic trilogy, we're looking forward to seeing new iterations of these classic heroes immortalized in plastic.

The most recent tease for The Force Awakens showed a shot of John Boyega as Finn, wielding Anakin Skywalker's lightsaber.

If this isn't already a description for a fantastic action figure, then what is? We can already hear the dumptruck full of money backing up into Lucasfilm's driveway.

If there has been a breakout character from The Force Awakens, it has to be the rolling droid BB-8.

Created entirely with practical effects, BB-8 represents a technical return to form for the franchise, as well as a fun new sidekick.

If Lucasfilm can produce a mobile toy version of BB-8, it could very well be this year's Dancing Baby Groot figurine.

Walt Disney has gotten a bad reputation for representing its female character, thanks to the lack of a significant presence for Black Widow during the promotional push for Avengers: Age of Ultron.

We're hoping that Disney doesn't make the same mistake with Star Wars. From everything we've seen in the trailers, Rey looks like she is as much a star character in this story as anyone else. Let's not leave her out of the merchandising.

Of course Rey isn't the only female looking like she's going to play a big role The Force Awakens.

Gwendoline Christie's Captain Phasma is leading the First Order into battle, and looking shiny and chrome while she's at it.

This spectacular design deserves to be memorialized with some high end collectible figures and statues.

Let's not forget about the vehicles and spacecrafts.

Every Star Wars film has had its star pilot, be it Anakin or Luke. This time it falls to Poe Dameron, and we're hoping to get a nice action figure set featuring both him and his ship of choice.

This sounds like it would make a great LEGO set as well.