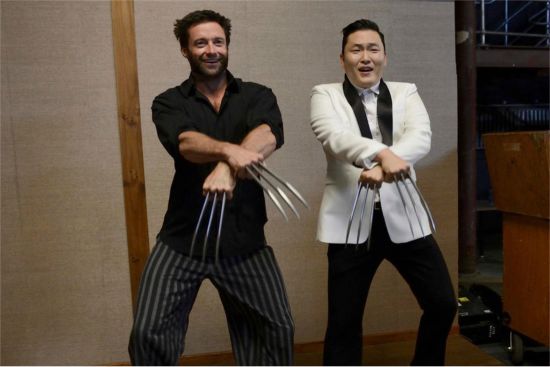 What happens when you mix mutants and dance crazes? Well, he's the best there is at what he does, and what he does is Gangnam style. South Korean rapper Psy has been showing up everywhere since his single Gangnam style went viral on Youtube. Gangnam style has become a worldwide dance craze, and Psy has appeared everywhere from The Ellen DeGeneres Show to Saturday Night Live. Psy's latest stop was on the set of The Wolverine, where it is filming in Australia. Psy tweeted, "Had a great time with @RealHughJackman #GangnamStyleWolverine~!!! Lol." For his part, Hugh Jackman also tweeted, "Slicing gangnam style!!!! Great to meet @psy_oppa who visited set yesterday." Now, it's unclear exactly what Psy was doing on the set of The Wolverine. All indications are that he was in Australia for another appearance, and he just visited The Wolverine set as a fan. While we're huge fans of Hugh Jackman as Wolverine and we find the Gangnam style dance craze mildly amusing, the thought of the Gangnam style dance appearing anywhere in The Wolverine movie horrifies us. The Wolverine is set to be released in theaters on July 26, 2013. 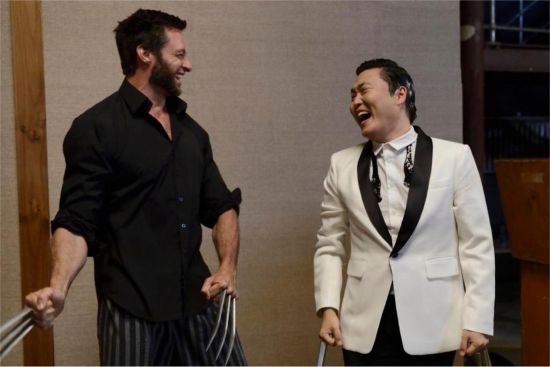