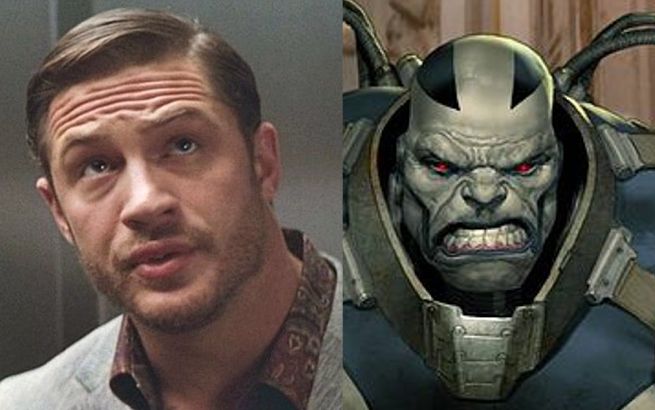 Though I don't know why he didn't make more of it, Jeff Sneider at The Wrap threw an interesting little something about Tom Hardy's possible career choices into the small print of his new Dr. Strange story.

Just tucked away there was a little bit about how Hardy, the man who was Bane, seems inevitably destined to appear in another comic book movie... we just don't know which one.

"Tom Hardy was once rumored to be in contention for Doctor Strange, though he has recently been courted for WB's Suicide Squad and the title role in X-Men: Apocalypse, so don't expect to see him join the MCU anytime soon."

If Hardy agrees to Suicide Squad, I'd imagine Warner Bros. would put him on a multi-film contract. Apocalypse, however, is much more likely to be a one-and-done affair.

I'd expect that Apocalypse will be a performance capture role and I don't know if Hardy would see that as a pro or a con. if you see him having coffee and shooting the breeze with Andy Serkis any time soon, you'll know what advice he's looking for, anyway.

I think Hardy would make for an excellent Apocalypse. Dr. Strange, not so much. And Suicide Squad? Well, we don't even really know what character they'd be thinking of, do we? Deadshot? Would he be the best fit for Hardy?