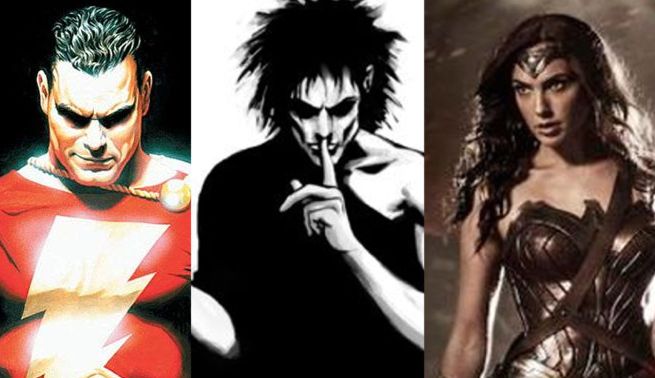 Earlier this year, Hollywood gossip blogger Nikki Finke made headlines when she shared a list of numerous DC Comics movies that she claimed Warner Bros. may be announcing at 2014 San Diego Comic-Con International. While there was some initial skepticism over the list, director and fanboy Kevin Smith backed up the list as being the same thing he had been told.

Also, in the week leading up to Comic-Con, Dwayne "The Rock" Johnson began relentlessly teasing that he would somehow be involved with a Shazam movie. Johnson indicated that an announcement would be coming very soon, which would have seemed like a natural big reveal for the Warner Bros. panel at Comic-Con. With the Shazam movie listed for a July 2016 release date on Nikki's list, it certainly seemed like all the stars were aligning.

However, while Warner Bros. dazzled fans with some early, surprise footage from Batman V. Superman: Dawn of Justice, there was not a single new DC Comics movie announced during the Warner Bros. panel, much less five of them (or six of them if you count Justice League which has already been confirmed but doesn't have an official release date) like had been rumored.

So what happened? Was the list completely bogus? A hoax? A rumor? Finke did only write that the movies "may" be announced at Comic-Con and that a lot of stuff "remains in flux." With Johnson relentlessly teasing Shazam and Joseph Gordon-Levitt already confirmed to be producing a Sandman movie, signs do point to Finke's list possibly being real.

However, considering that Batman V. Superman: Dawn of Justice was pushed back a year, one has to wonder if the release dates on the rumored list are viable. Will Warner Bros. really be able to get three DC Comics movies out in 2016, when they've only announced one of them so far? With Marvel Studios announcing new mystery movie release dates almost every week, it's really surprising that Warner Bros. has yet to announce anything if they really have a bunch of stuff planned.

What do you think? Will the six movies below be announced soon? Or was it all just a big rumor?