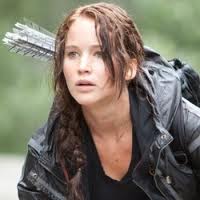 One of the only things that has disappointed us about "The Hunger Games" trilogy is that the film franchise is actually going to be four movies, not three.  One for "The Hunger Games," one for "Catching Fire," and two for the final book "Mockingjay."  In an age where directors and editors can't stand to leave anything on the cutting room floor, the end result in "Mockingjay"-type splits is usually two 'so-so' films.  We've seen it time and again. But now the tide might be turning on a fourth film.  According to MTV.Ca, producer Nina Jacobson said "Not set in stone…still figuring it all out. Honestly, I think, first go from one movie to the next." Apparently Jacobson is concerned about the prospects of the first film.  "Hopefully, people love this movie enough to demand the next one."  Um, Nina, if you were smart, you'd already be shooting the 2nd film. "The Hunger Games", outside of a handful of other movies (Dark Knight Rises, The Avengers, The Hobbit and a couple of others) is the closest thing to a shoo-in at the box office this year.  Get moving on the 2nd and 3rd films and be done with it.  Heck, pull a "Lord of the Rings" and shoot the 2nd and 3rd films at the same time.  Get them in the can. On another note, author Suzanne Collins apparently likes the film.  Said Jacobson, "She (Collins) said, 'You know what? I think it's really good. I think you guys really got it,' "  Always a great sign with the author likes the film adaptation. "The Hunger Games" opens next Friday, March 23.

Will “The Hunger Games” Film Franchise Only Have Three Films?