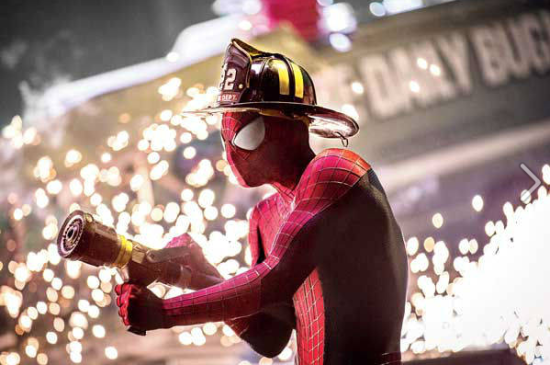 So far, most of the promotional images released for Marc Webb's upcoming Marvel/Sony sequel The Amazing Spider-Man 2 have focused on characters more or less at rest--but three new images from the Times of India (via CBM) give us a sense for some of the action going on in the movie--including a shot of Jamie Foxx as Electro, using his powers.

The image above is, obviously, Spider-Man in a fireman's hat, apparently readying to use the hose from a fire truck in a blaze. The helmet has a 22 on it, which as far as I can tell means that the scene is taking place on the Upper East Side (since Engine 22 comes out of East 85th Street) or is a big enough fire that trucks are coming down from there. In the background appears to be either a sign, an ad or a delivery truck for The Daily Bugle, using a font that's recognizably like the New York Post's.

Letting a guy with super-powers man the hose in a dangerous situation is one thing, but giving him a helmet? It seems to indicate that the public opinion that was against Spider-Man for much of the previous movie may have swung somewhat in his direction in the interim. Have we got a "friendly neighborhood Spider-Man" kind of relationship going on? Seems that way...! 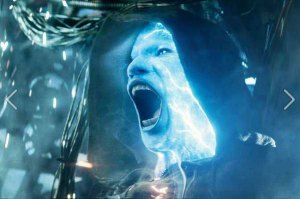 The others don't tell us nearly as much about the story. We've got Electro here, looking pretty agonized and powered-up, but we all knew that was coming. This may be from the scene that was screened at New York Comic Con where he has his "coming out," but it's hard to tell given the total lack of anything identifiable in the background.

The final shot appears to be at the same house where we'd previously seen Gwen Stacy and Mary Jane Watson interacting in what will now apparently be a deleted scene from the film. Gwen's got Pete pinned to a wall here, and it certainly seems like it's going to be more of the "I want to be together!" "We can't because I promised your dad!" that we saw at the end of the first film. Whether that will carry through the movie seems unlikely, especially if--as has been speculated--she's killed either here or in the next movie. That would lack some emotional impact and the guilt that it carries over to Peter if she's killed while not being his girlfriend. 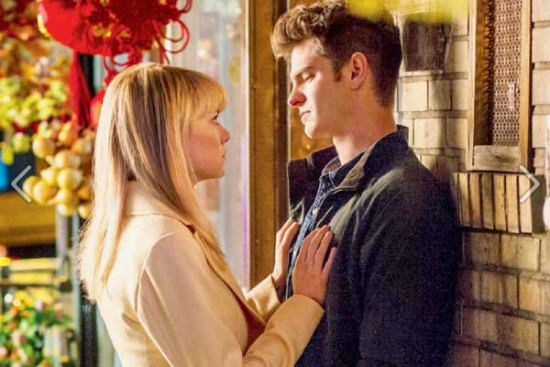 Amazing Spider-Man 2 Stills: What Can We Learn From Them?