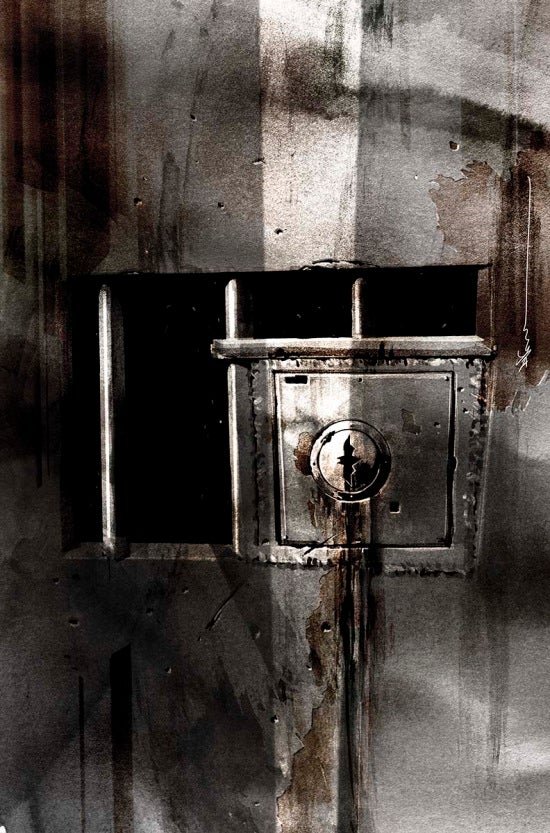 With the launch of Batman Eternal on the horizon and the end of Batman: Zero Year coming soon, a new status quo for the Dark Knight has been virtually guaranteed for some time now. We get a pretty good look at the future in today's release of Batman #28, featuring a story told "soon," and along with a new sidekick for Batman and a new "kingpin of crime" in Gotham (apparently Marvel didn't trademark that phrase), fans will see a familiar face that hasn't been around since the launch of the New 52. Also, a familiar name. Spoilers after the jump. You've been warned. 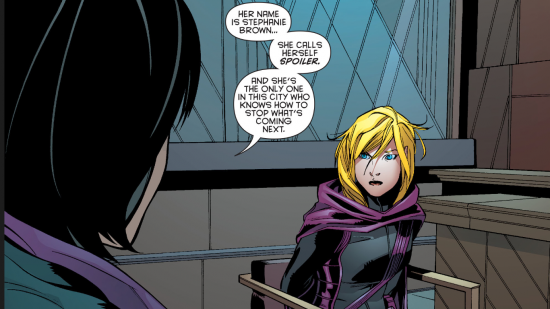 The final page of the story features the return of Stephanie Brown--and, as many people have been wondering what she might call herself and what role she  might play in the future of the Bat-family, that question gets answered right away, ahead of Batman Eternal #1, where this story begins and will apparently stop being "the future" and start being the present. And yes, that headline is a bit of a joke, since Stephanie is back to calling herself Spoiler and dressing in her original costume (unless the mask is modified in some way we can't see from the image above). Currently a prisoner of Catwoman's, Spoiler is reportedly the only one in Gotham capable of stopping "whatever's coming," and as a result has an enormous bounty on her head and everyone in town--including Batman and his new sidekick--looking for her. Catwoman's holding her, questioning her, but all we learn is that Steph is "the real deal." Batman Eternal #1 hits the stands April 9. Batman #28 is on sale now.

Batman #28 Brings The Return of [Spoiler]!