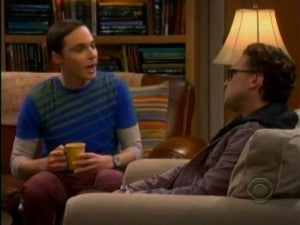 The Big Bang Theory is the highest rated regular series on CBS, and the network is looking to leverage its hit show to help launch other new shows. CBS has been putting a lot of promotional effort into their new series The Crazy Ones, which stars Robin Williams. The Crazy Ones is going up against the new Michael J. Fox show on NBC, so CBS wants to give The Crazy Ones the best lead-in possible.

With two back-to-back episodes of The Big Bang Theory, CBS is hoping the viewers of the hit show stick around to check out the premiere of The Crazy Ones.