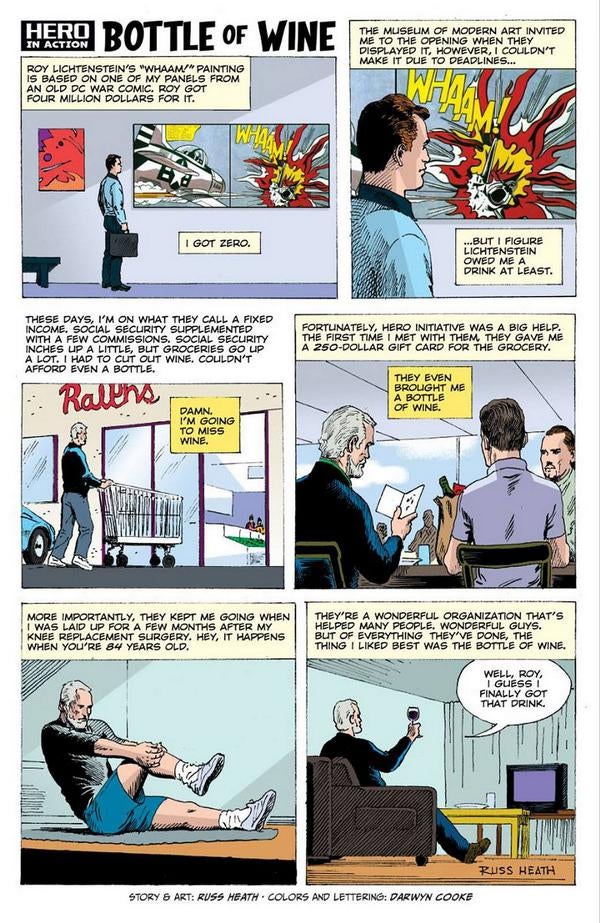 Though Roy Lichtenstein's iconic oil paintings based on comic book panels defined popular art in the 20th century, they leave a trail of uncredited and uncompensated comic book artists.

One of those artists is industry veteran Russ Heath. Heath was the artist behind Lichtenstein's "Whaam," drawing the original comics panel in DC's "All American Men of War #89," Boingboing notes. While Lichtenstein's other inspirations, including Jack Kirby and Joe Kubert, remained relatively mum on the riffs, Heath is finally speaking out.

In a comic strip for The Hero Initiative, Heath wrote and illustrated a protest against Lichtenstein's work. Heath discusses how Lichtenstein never compensated or thanked him for taking the "All American Men of War" panel, and the troubles it brought him years later. Modern comics icon Darwyn Cooke provided the strip's coloring and lettering.

Though Lichtenstein has long since passed, the strip could spark discussion about dues owed to Heath and other affected artists.