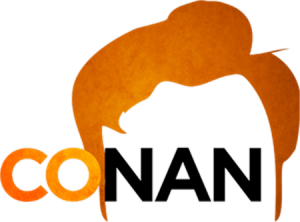 In his monologue yesterday, Conan O'Brien took a moment to acknowledge DC Comics' recent revelation that one of their long-standing "iconic" characters would be revealed as gay during a storyline next month. "Not only that, but the Justice League will be composed of a cop, a construction worker and an Indian chief," joked O'Brien, whose genre street cred consists of a new alien invasion comedy coming to TBS next season as well as a superhero based on him that was designed by DC Animated Universe guru Bruce Timm. Check out the monologue below!