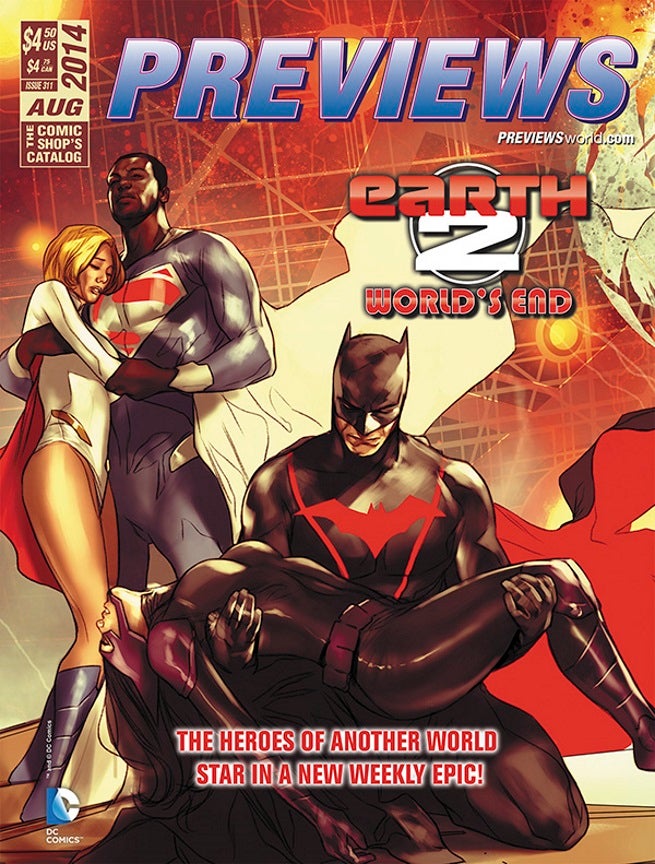 The August edition of PREVIEWS, featuring sales solicitations for the month of October 2014, will arrive in stores July 23. The issue will feature DC Entertainment's Earth 2 on the front cover, with Scott Snyder and Jock's new creator-owned Image Comics series, Wytches, gracing the back cover. 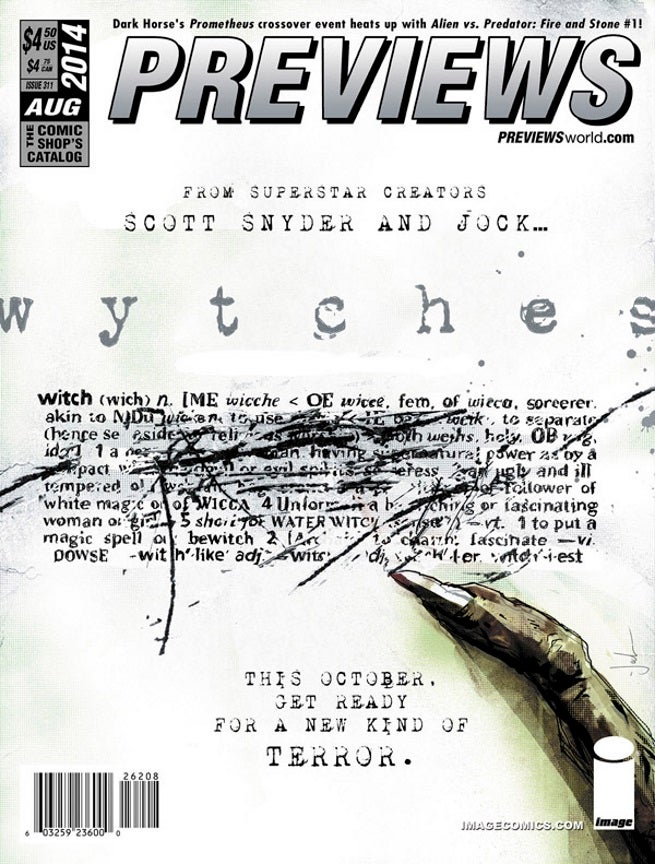 On the inside, PREVIEWS has a feature on "How to Draw Month," with a variety of "how-to" books available for order, plus an interview with Liberty Meadows creator and Marvel Comics artist Frank Cho about his new instructional book, Drawing Beautiful Women: The Frank Cho Method.

There's also exclusive apparel and merchandise, including new Guardians of the Galaxy and Army of Darkness shirts, and more. The issue will be available July 23 with a cover price of $4.50.

Diamond Previews To Feature Earth 2 And Wytches In August