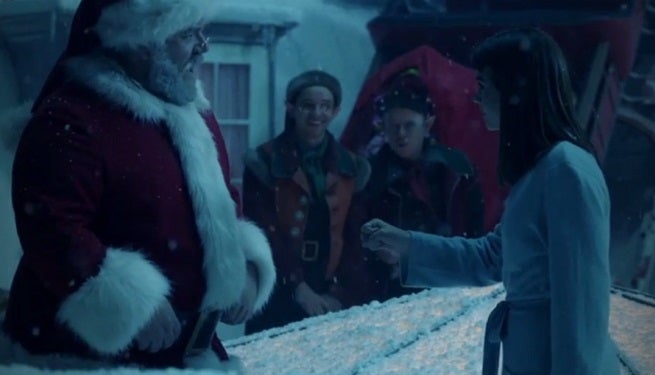 The BBC has released a preview clip from this year's Doctor Who Christmas Special. The clip was first released as part of BBC Children in Need's Appeal Night.

The clip shows Santa Claus (Nick Frost) talking to Clara (Jenna Coleman) on a roof, confirming that Clara will play a role in the special despite her and the Doctor's long goodbye in the Series 8 finale. The Doctor (Peter Capaldi) arrives in the TARDIS, and Clara seems shocked to see him. This could imply that some significant amount of time has passed for Clara since the finale, even though the episode ends with Santa boarding the TARDIS.