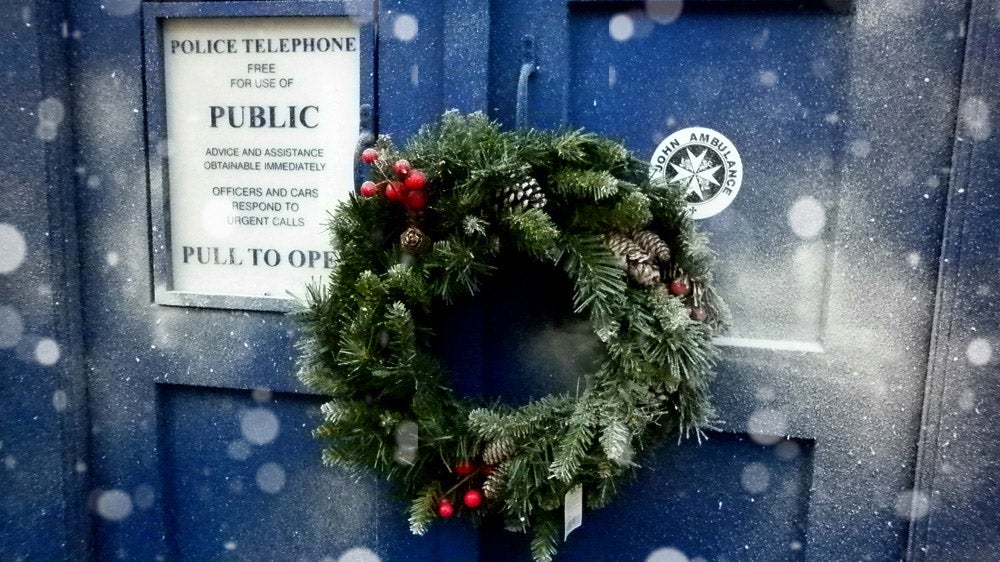 "It's Christmas, the North Pole. Who you gonna call?"

A Time Lord by the name of the Doctor. BBC One just released the teaser for the 2014 Doctor Who Christmas special.

Something sinister is afoot....and the Doctor teams up with Santa to solve this latest threat.

Doctor Who is the long running BBC series which depicts the adventures of the Doctor, a time-traveling humanoid alien who explores the universe in his TARDIS, a sentient time-traveling space ship whose exterior appears as a blue British police box. Along with a succession of companions, the Doctor works to save civilizations, aid ordinary people, and stop imminent threats from a variety of foes.

This is the 10th Christmas special since the show's revival in 2005. It is set to air on Christmas night.