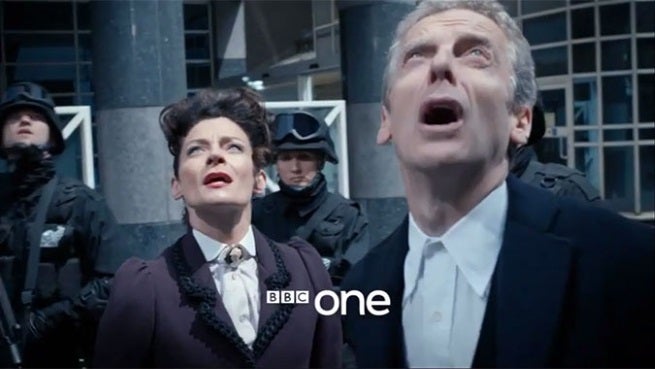 The BBC has released a trailer for the second half of the Doctor Who Series 8 finale, "Death in Heaven."

In "Death in Heaven," the Cybermen invasion of London is on, led by Missy

(now revealed to be The Master).

The Doctor will have to rally some old friends if he's going to stand a chance of stopping them. And will Clara be able to save Danny Pink's Soul?

With Cybermen on the streets of London, old friends unite against old enemies.