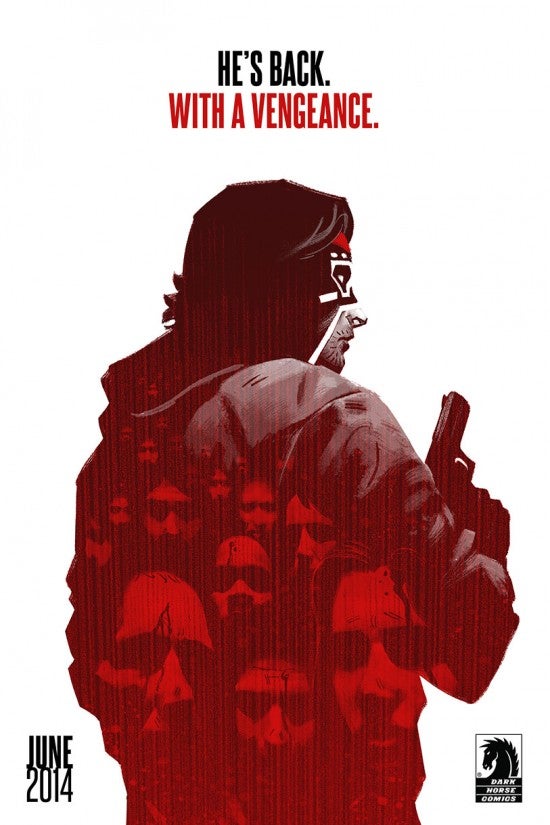 Dark Horse Comics have just released an image (titled "DREAMTHIEFESCAPETEASER") which teases the return of Jai Nitz and and Greg Smallwood's Dream Thief for June. Not much is known at this time, other than the book being back "with a vengeance," as this is essentially just a visual press release. After stealing an Aboriginal mask from a museum, John Lincoln realizes that the spirits of the vengeful dead are possessing his body and mind while he sleeps! His old problems have been replaced by bloody hands and the disposal of bodies—and now remembering where he spent last night has never been more important.