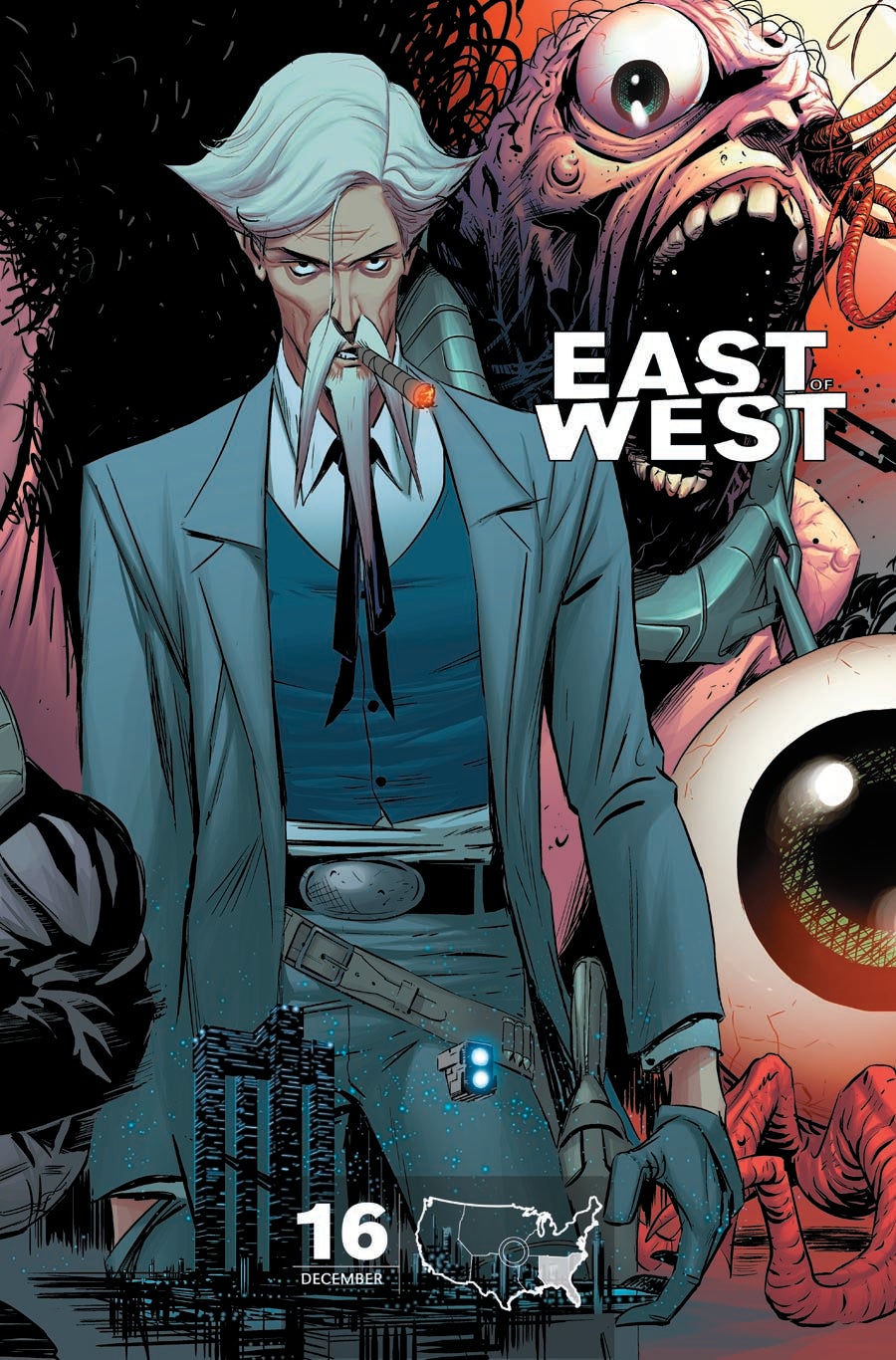 Image Comics has provided ComicBook.com with an exclusive first look at one in a series of seven interlocking covers for East of West #16, by Jonathan Hickman and Nick Dragotta.

East of West has been on hiatus, but it's coming back in December with a new story arc and the beginning of a civil war. This cover, by Dragotta, is for one of the seven factions fighting in that war: The Confederacy.

East of West #16 will be one of the few comics hitting stands on New Year's Eve, making this a pretty good time to get onboard with the critically acclaimed series.

Here are some of the other covers from around the web: 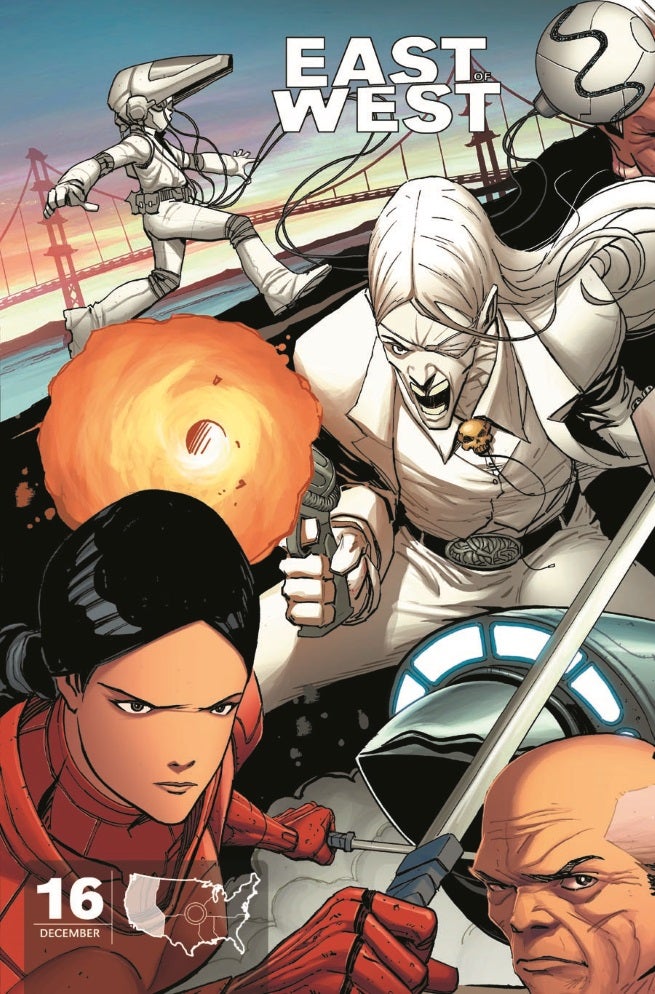 The PRA (via Bleeding Cool) 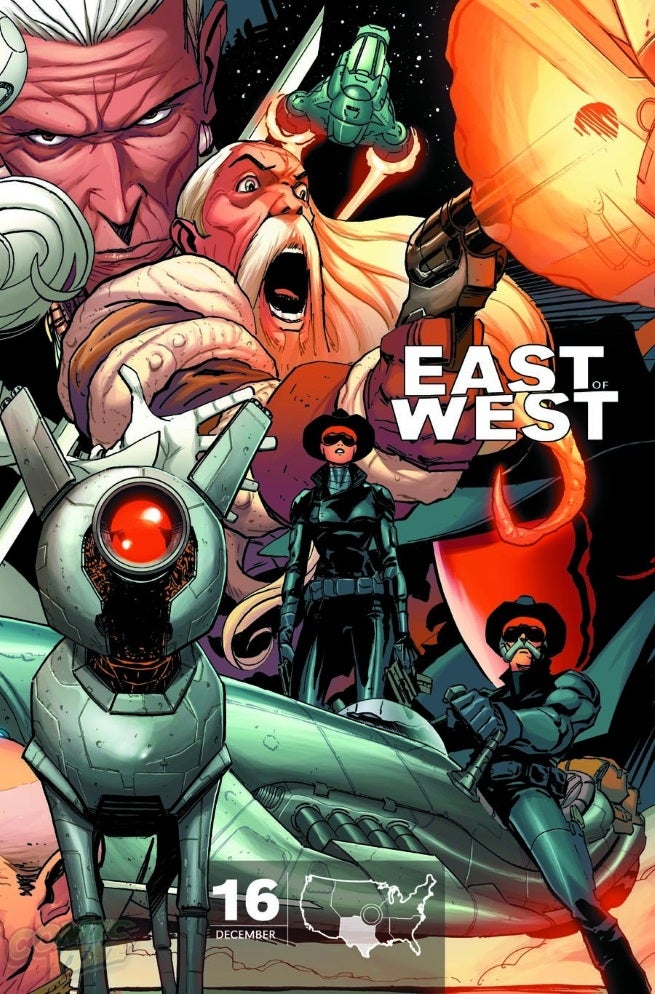 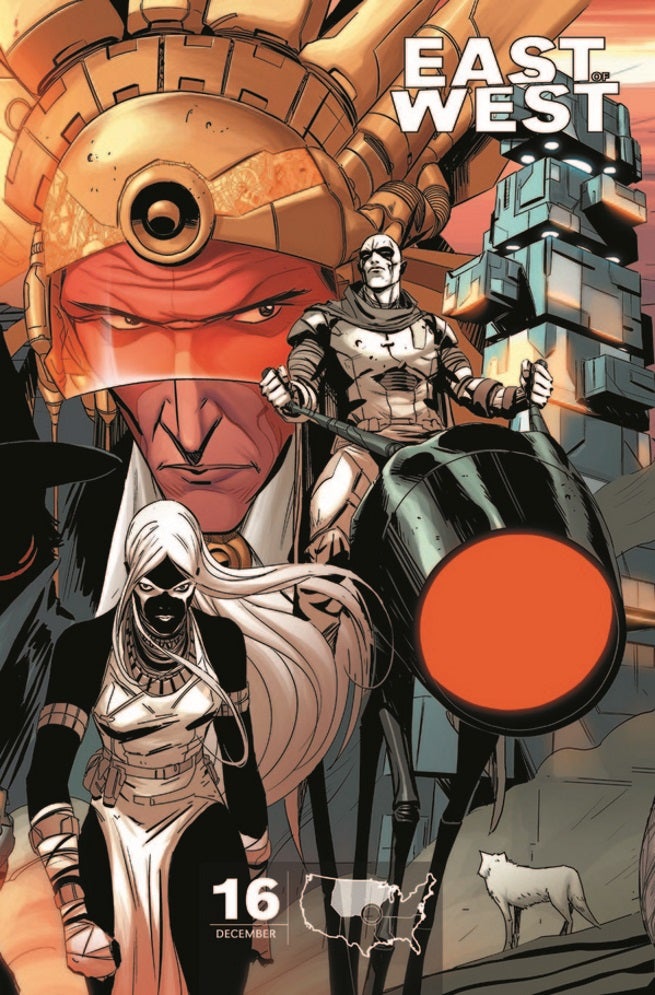 The Endless Nation (via Paste Magazine) 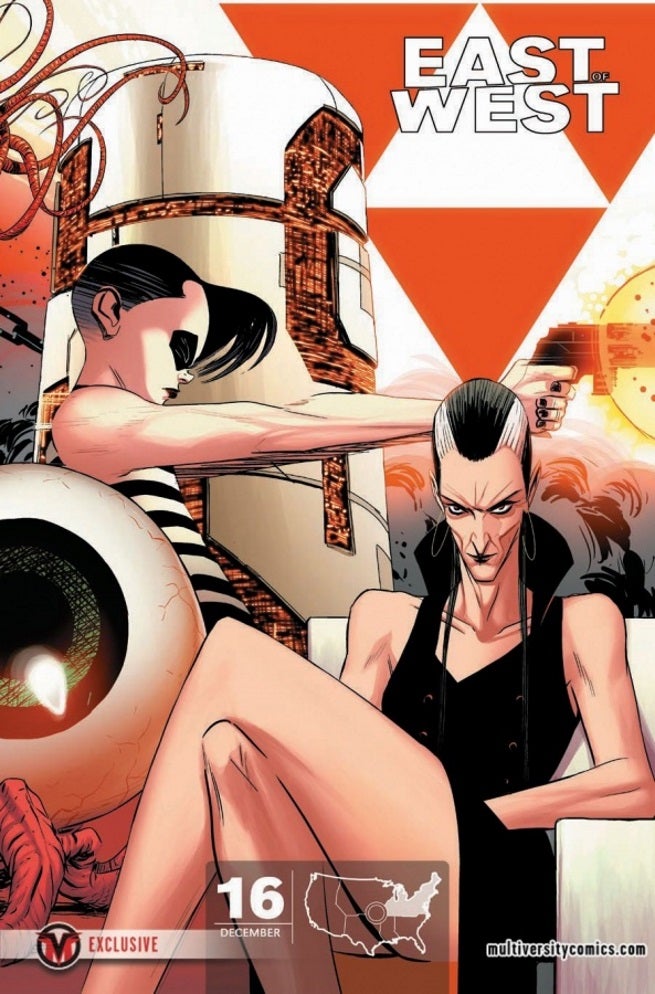 The Union (via Multiversity)

EAST OF WEST RIDES INTO STORES THIS DECEMBER

Image Comics is pleased to announce that we are offering an exclusive set of covers celebrating the return of EAST OF WEST in December. Artist and co-creator Nick Dragotta and colorist Frank Martin Jr. have created a stunning seven-cover montage featuring nearly every series character featured to date.

"We are extremely excited with how East of West: Year Two is shaping up," said co-creator and writer Jonathan Hickman. "Sometime when Nick and I were talking about where the story was going and all the unbelievable stuff we have planned, Nick latched onto the idea of doing a big piece that kind of reflected on what we'd already done and tease some of the things coming up. And, good lord, has he produced something jaw-dropping."

Each cover represents one of the territories that make up the American Apocalypse and will be available on 12/31.

EAST OF WEST #16 Covers B-H are connecting covers, each representing a different territory in the EAST OF WEST series: