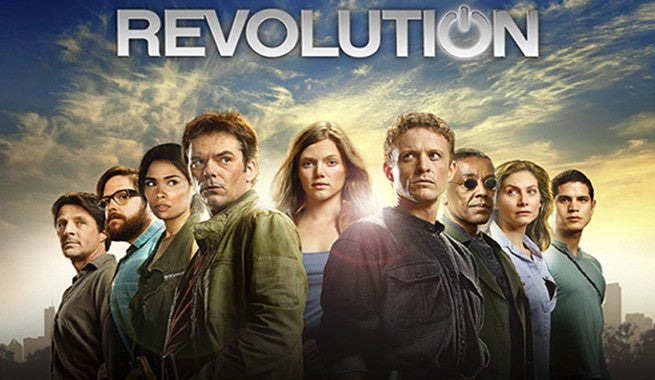 The cult-favorite NBC series Revolution is rising from the dead as a limited digital comic series -- and ComicBook.com readers will be the first ones to see it, beginning on May 4.

Revolution, which ended a two-year run on NBC in May 2014, is going to get a resolution to the show's storylines that were left open-ended in the final broadcast episode. 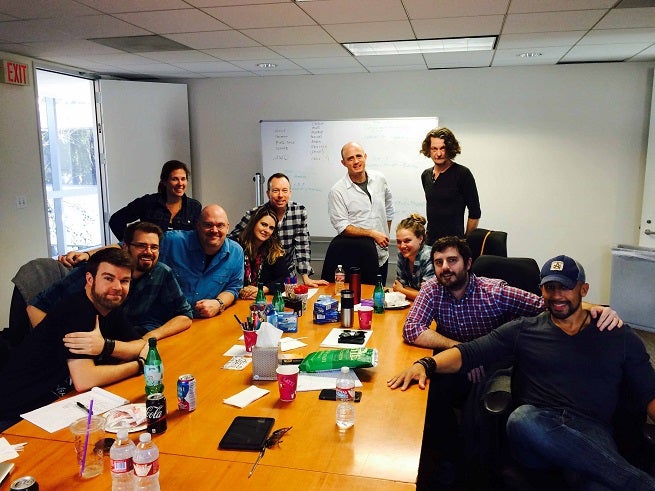 Revolution writers David Reed and Ryan Parrott handled the writing duties of the digital comic's four chapters, after breaking the story in the writers' room along with the rest of the Revolution creative team including Kripke, O'Bannon, Paul Grellong, David Rambo, Trey Callaway, Anne Cofell Saunders, Ben Edlund, Matt Pitts and Jim Barnes. A photo of the team at work on the digital comic, along with a special guest who fans will recognize, can be seen at left.

Illustrated by Angel Hernandez, each of the four separate digital chapters will also have a specially designed cover, and will roll out every two weeks beginning Monday, May 4. A sneak peek at three of the illustrated Revolution characters — Charlie Matheson, Miles Matheson and Sebastian Monroe — can be seen below. 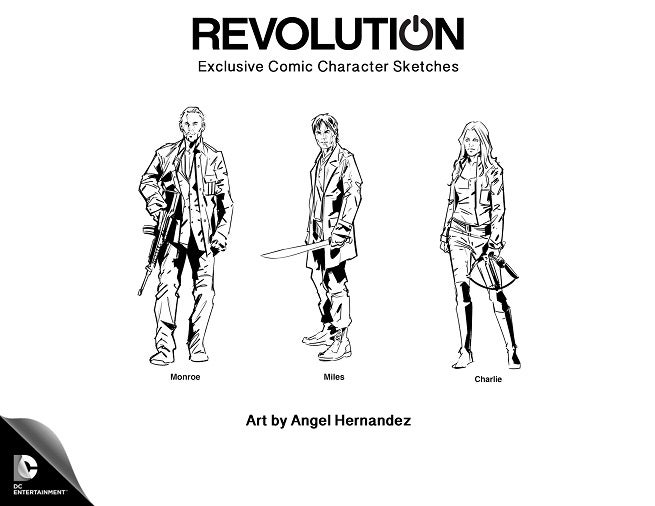 The four chapters will each be debuting exclusively on ComicBook.com for one week before being made available for viewing on Revolution's Facebook page at www.facebook.com/Revolution. Fans can also use the #RevolutionComic hashtag on Twitter to find out more information about the digital comic.

Here is the roll-out schedule for each chapter on ComicBook.com:

There's no word on whether DC will -- as they often do -- collect the four chapters into a print edition for sale in the direct market.

Revolution creator and executive producer Eric Kripke had this message for fans regarding the digital comic:

Dear Revolutionaries, Patriots, and Soldiers of the Monroe Militia,

So first of all—thank you. Seriously. Sincerely. The loyalty you've shown REVOLUTION these past months has been touching and overwhelming—it's meant more to me than you'll ever know. And in case you were wondering—yes, we've been listening. We've read the tweets. We've seen the incredible petition. We've followed #RelocateRevolution. Please know that you've been heard.

And solely because of your efforts, we wanted to pay you back—to give you something fantastic. And while, unfortunately, we simply can't make more episodes of the show (alas, there are financial realities we can't overcome), we can do the next best thing. Which is end the story. On our terms. Exactly the way we would have.

So J.J., Jon and I are pleased and proud to announce the REVOLUTION endgame: a four-issue series coming soon from DC Comics. If you take a look at the attached photo, you'll see that we brought back the entire writing staff to work on it. The band's back together! (And if you study the photo closely, you'll notice a certain young, plucky Matheson who also joined us). Everyone has generously agreed to work for little or no money. They're doing it, because like you, they're passionate about this story and want to see it end correctly.

So stay tuned. We've got lots of work to do. We'll keep you posted—in the coming months, you can expect more details, sneak peeks, and early artwork. But Miles, Monroe, Rachel, Charlie, Aaron, Neville and the rest will return for the epic finale to the REVOLUTION storyline. We hope you're as excited as we are.