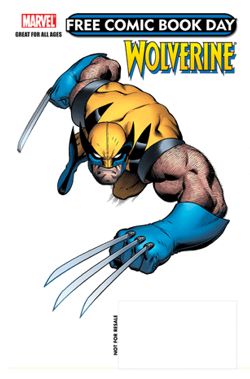 With millions of Americans unemployed and the economy in a deep recession, many people are struggling when it comes to having money to spend for entertainment. High dollar sporting events and concerts are suffering, while people are turning to cheaper forms of entertainment like movies. However, even the cost of a movie, popcorn, and a cola can prove challenging in this economy. On Saturday, the comic book industry is coming to the rescue. Just like a team of superheroes, the comic book industry is swooping in to save the day for entertainment starved, but financially strapped people everywhere. It almost seems too good to be true. On Saturday, May 2, many comic book shops across the world will give away numerous comic books for absolutely free. No, you can't go in and pick out a rare back issue, but there will be special free comic books supplied by the major publishers. Some of the comic books being given away include Avengers. Blackest Night #0, Bongo Comics Free-For-All, Disney/Pixar's Cars #1, Resurrection #0, Savage Dragon #148, Shonen Jump Presents: Ultimo, Star Wars: The Clone Wars, The Mighty Archie Art Players, Transformers Animated/G.I. Joe, Aliens/Predator, APE Cartoonapalooza #2, Arcana Studio Presents, Atomic Robo And Friends, Attack Of The Alterna-Zombies, Comics Festival 2009 Volume 3, Contract #1, Cyberforce/Hunter-Killer Preview, Dabel Bros. Showcase, and DC Kids Mega Sampler. Other free comic books include FCHS, Fist Of Justice #1, Gold Digger #101/Prince Of Heroes, IMPACT University Volume 5, Love & Capes, Love & Rockets Sampler, Mercy Sparx: Under New Management, Nancy & Melvin Monster, NASCAR Heroes: Origins #1, Owly And Friends, Radical 2009 Preview, Sonic The Hedgehog: Evolution Of A Hero, Studio 407 Sampler, The Stuff of Legend, The Wizard Hot List, TMNT #1 25th Anniversary Reprint, Warhammer Fantasy, William Shatner Presents #1, Wolverine: Origin Og An X-Man, and Worlds Of Aspen #4. Additional items being given away include a FCBD 2009 Minimate and Magic The Gathering: Agents Of Artifice Sampler. So what's the catch? Why would anyone give away free comic books? The answer is there is no catch. It's being done to promote the comic book industry and bring new readers into comic book shops. For all the details on Free Comic Book day and information on which comic book shops are participating, check out the official Free Comic Book Day website.