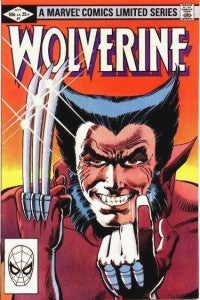 Just heard what has to be the most awesome comic book related quote to ever occur on 60 minutes. Lesley Stahl was in the middle of grilling Groupon CEO Andrew Mason, doing her best to conduct a hard-hitting serious interview, when he came back at her with a gem of a quote. Lesley Stahl was talking about how Groupon had come under fire from critics, but they as a company were restricted from answering, because they were in the lead-up to going public. Mason wound up answering the criticism about his company in an internal memo to employees, which wound up getting leaked to the public. Stahl said that after the memo leaked people described Mason as thin-skinned and impetuous. In part of his reply, Andrew Mason compared his company to a comic book superhero and said, "We're like Wolverine and our skin has been melted off, and we've had Adamantium fused onto our bones." After Mason made his comment, a baffled Stahl said, "I'm not sure what that means." So to help, Lesley Stahl out, here's an explanation. Wolverine is a Marvel comic book superhero who is a member of the X-Men. He has a nearly indestructible metal alloy called Adamantium bonded to his skeleton. Mason is basically saying his company has been through the ringer with criticism (skin melted off), but now they've come back stronger (like having a near indestructible metal fused to their bones).