Image released their February 2015 solicitations this week, and there are a lot of really exciting books coming out. Here is a list of the six most exciting releases: 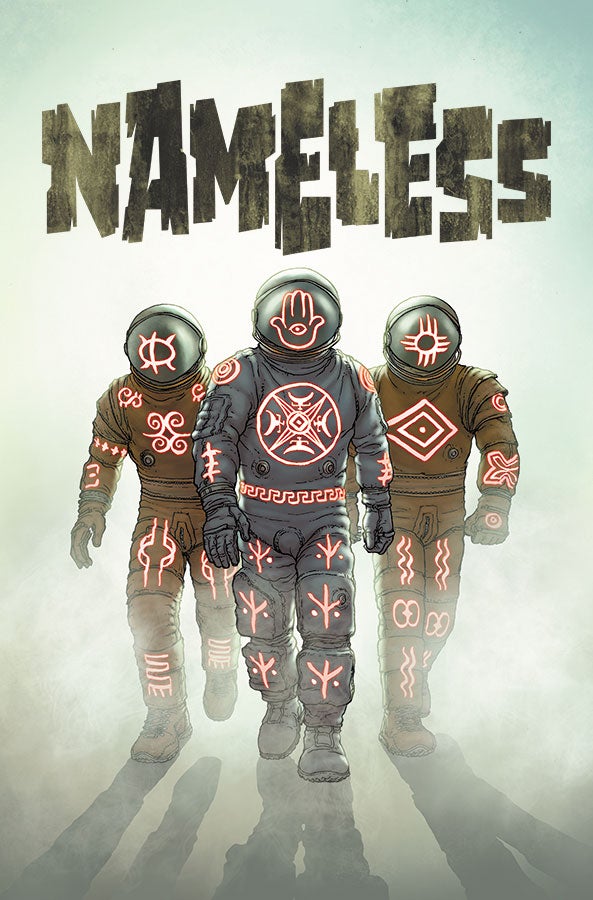 Now this book automatically goes to the top of the pile. Originally announced over a year before it's release, Nameless is Morrison and Burnham's follow up to their jaw-dropping collaboration on Batman Inc., the finale to Morrison's six year long Batman epic. Entertainment Weekly has a preview of the first issue and it is astounding. Here is the solicitation:

STORY: GRANT MORRISON
ART / COVER:  CHRIS BURNHAM & NATHAN FAIRBAIRN
FEBRUARY 4 / 32 PAGES / FC / M / $2.99
An astronomer kills his family, then himself, leaving a cryptic warning.
A Veiled Lady hunts her victims through human nightmares.
An occult hustler known only as 'Nameless' is recruited by a consortium of billionaire futurists for a desperate mission.
And the malevolent asteroid Xibalba spins closer on a collision course with Earth.
But nothing is what it seems—a terrifying inhuman experiment is about to begin.
Abandon all hope and experience ultimate horror in NAMELESS. 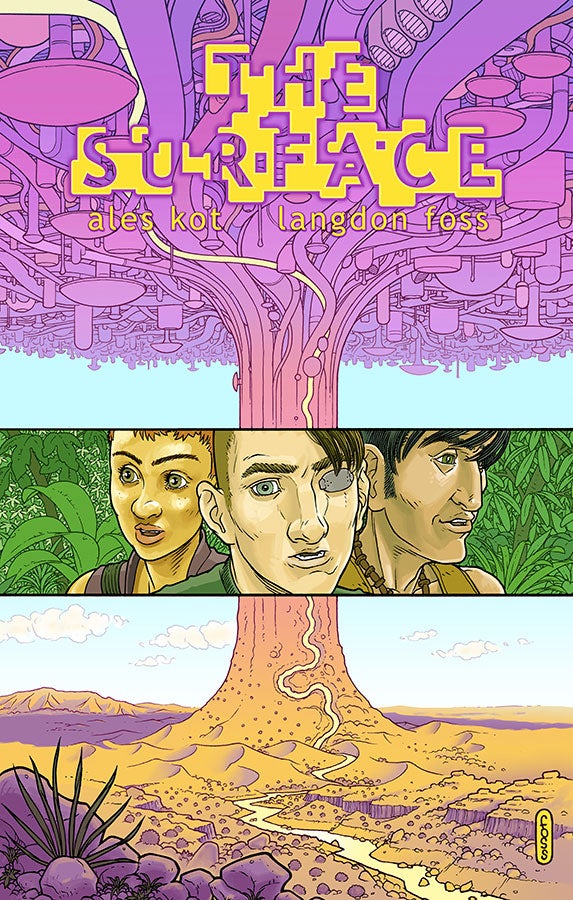 This project has been in development for a while now and it's exciting to know we'll finally be able to read it. Kot has been doing phenomenal work with his collaborators on his other Image series, the dark neo-spy-fi book Zero. Seeing him bring another creator-owned project to Image is very exciting, indeed.

STORY: ALES KOT
ART / COVER A: LANGDON FOSS & JORDIE BELLAIRE
COVER B: MARCO RUDY
COVER C: MICHAEL WALSH & JORDIE BELLAIRE
FEBRUARY 25 / 32 PAGES / FC / M / $3.50
What
Welcome to Africa. Ebola is no longer a problem. The West and the East are moving in—and three hacker lovers are searching Tanzania for the place that can change everything: THE SURFACE!
The first issue of a mind-bending action SF epic drawn by the esteemed LANGDON FOSS (Get Jiro!, Winter Soldier) and colored by the Eisner-winning JORDIE BELLAIRE (everything)! THE SURFACE! 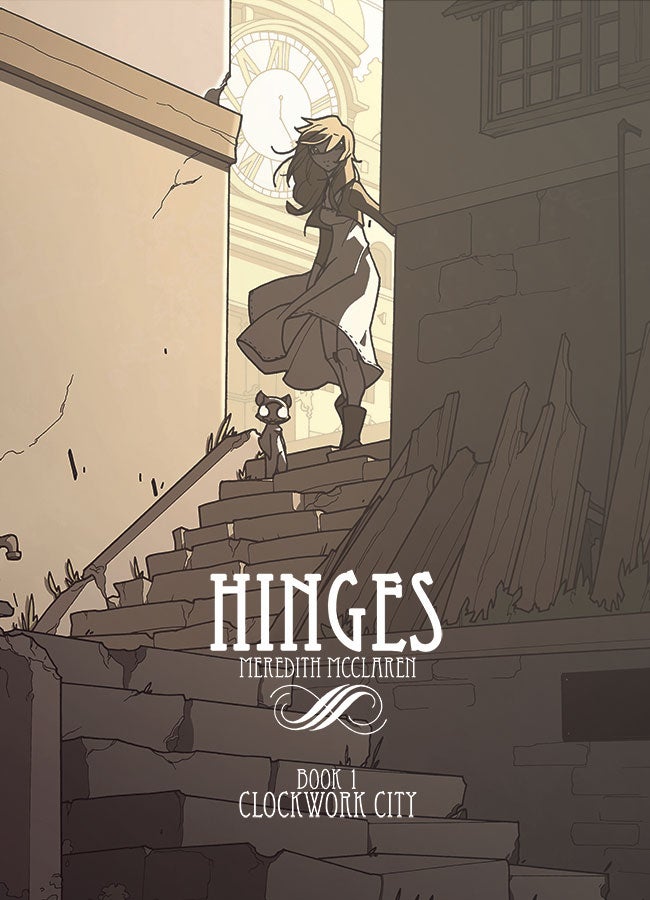 Image Comics will be publishing print versions of McClaren's wonderful webcomic, Hinges. Her work on Hinges is stunning, and I can't wait to get a collection to re-read and keep on my book shelf. This is one you don't want to miss.

STORY / ART / COVER: MEREDITH MCCLAREN
FEBRUARY 25 / 112 PAGES / FC / T / $15.99
New to the city of Cobble, Orio must depend on help wherever she can find it, but her assigned familiar Bauble has other interests. And as the two explore the walls of their city, they find that they are not the only new arrivals. 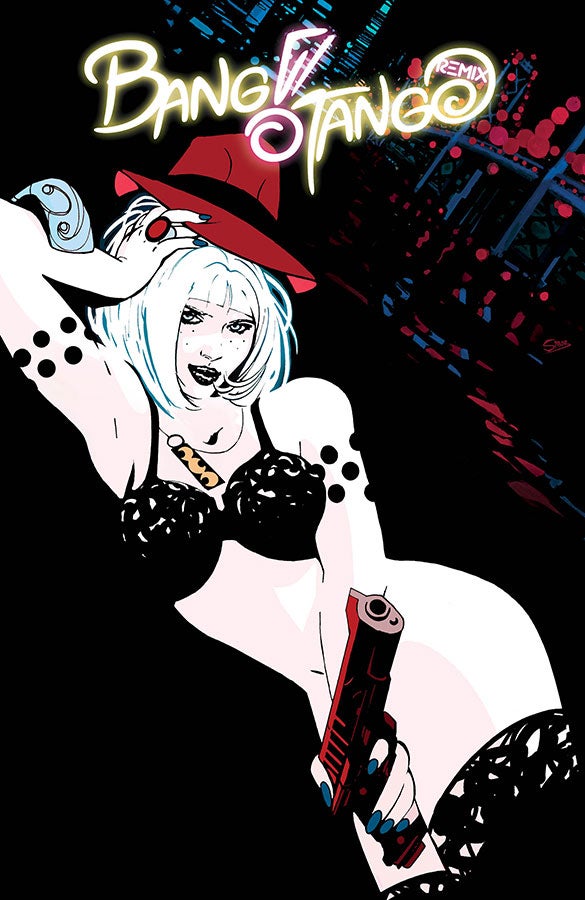 Now, I haven't actually read this story, but I've heard a lot about it and I'm really excited to finally be able to read it. It was a mini-series originally published by Vertigo and written by Man Of Action Studios co-founder Joe Kelly who eternally won me over with the unforgettably moving I Kill Giants. Bang!Tango has been described to me as a kind of transgender-noir flick, which is a wonderfully fascinating notion.

STORY: JOE KELLY
ART / COVER: ADRIAN SIBAR
FEBRUARY 11 / 128 PAGES / FC / M / $14.99
Vinnie has a new life. New York, the mob and all its horrors are a distant memory...until Autumn blows into San Francisco. Autumn, the one who broke his heart, the one he left behind...begging Vinnie to pull one last job: Rob the sadistic mob boss who wants him dead...so she can afford the gender reassignment surgery that will make her the woman Vinnie always wanted. Remastering the provocative Vertigo series, this new volume presents Bang!Tango as it was always meant to be! 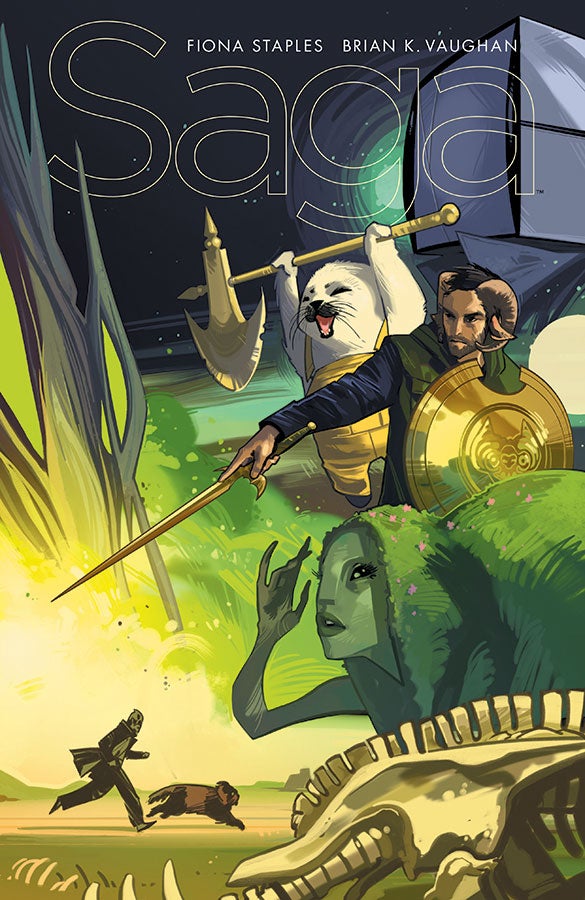 Saga returns from the dreaded hiatus!

STORY: BRIAN K. VAUGHAN
ART / COVER:  FIONA STAPLES
FEBRUARY 4 / 32 PAGES / FC / M / $2.99
Saga is back, as is almost the entire cast! And as thanks to retailers and readers for helping our audience continue to grow every new arc, Fiona Staples created an amazing wraparound cover for this action-packed issue, which is still only $2.99, the best deal in comics!